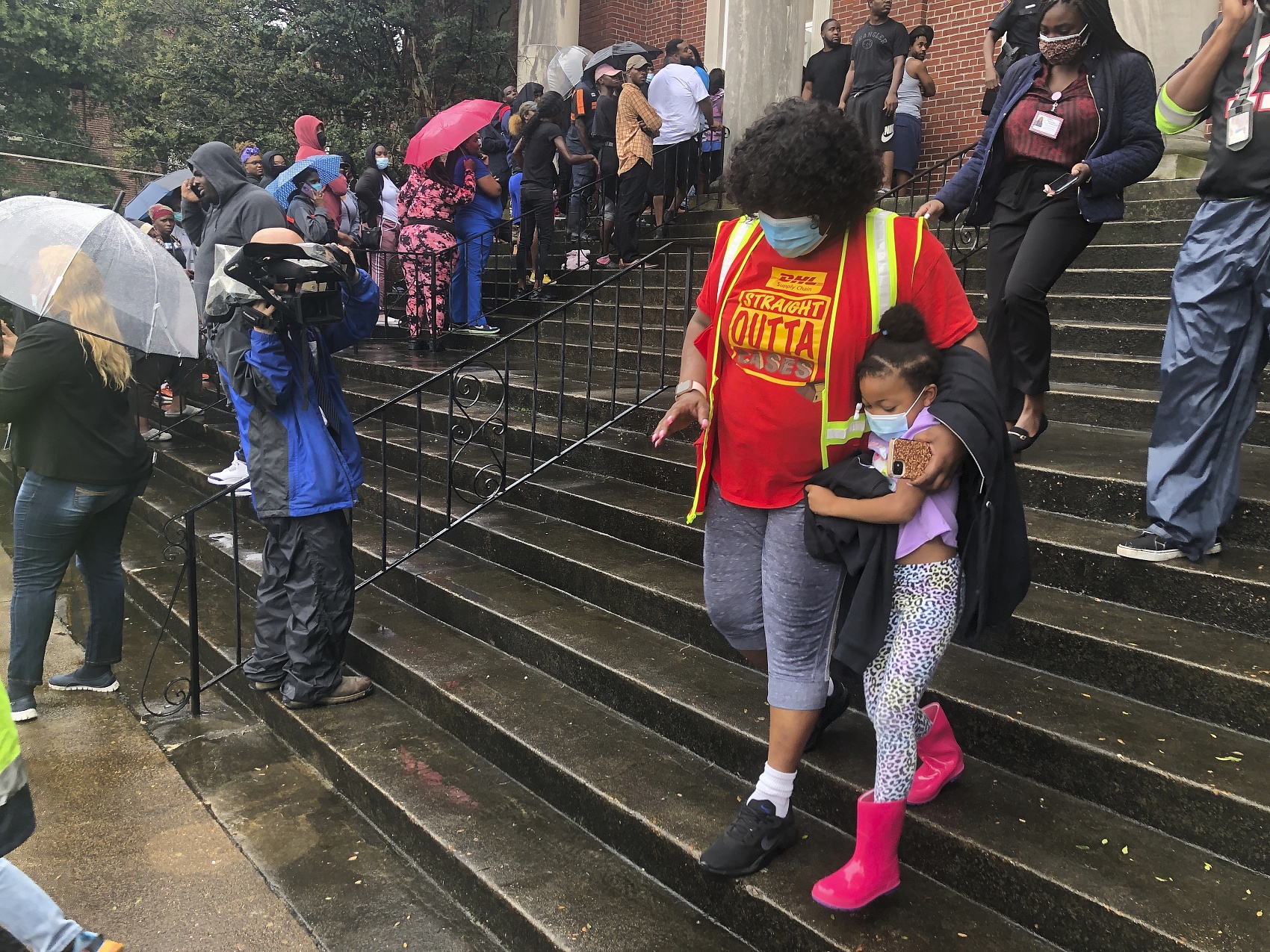 Concerned relatives are united with school children at a church that is serving as a staging area after a shooting at Cummings School, on Thursday, Sept. 30, 2021 in Memphis, Tenn. (Photo: VCG)

In 2019, 991 people aged 17 or younger were killed in gun violence in the United States, the article quoted the website Gun Violence Archive as saying, which tracks shootings from more than 7,500 law enforcement, media, government and commercial sources.

That number increased to 1,375 in 2020. This year the situation is becoming increasingly worse. Through Monday, shootings had claimed 1,179 young lives and left 3,292 youths injured.

The Federal Bureau of Investigation data backs that up. A report released by the agency on Sept. 28 showed homicides among people aged 19 and younger rose more than 21 percent.

The article cited a case in St. Louis, where 9-year-old Caion Greene died in March when someone opened fire on his family's car. A 17-year-old is charged in the crime.