ODESSA, Texas — The gunman in a West Texas rampage had been "on a long spiral down" and was fired from his oil services job the morning he killed seven people, calling 911 both before and after the shooting began, authorities said Monday. 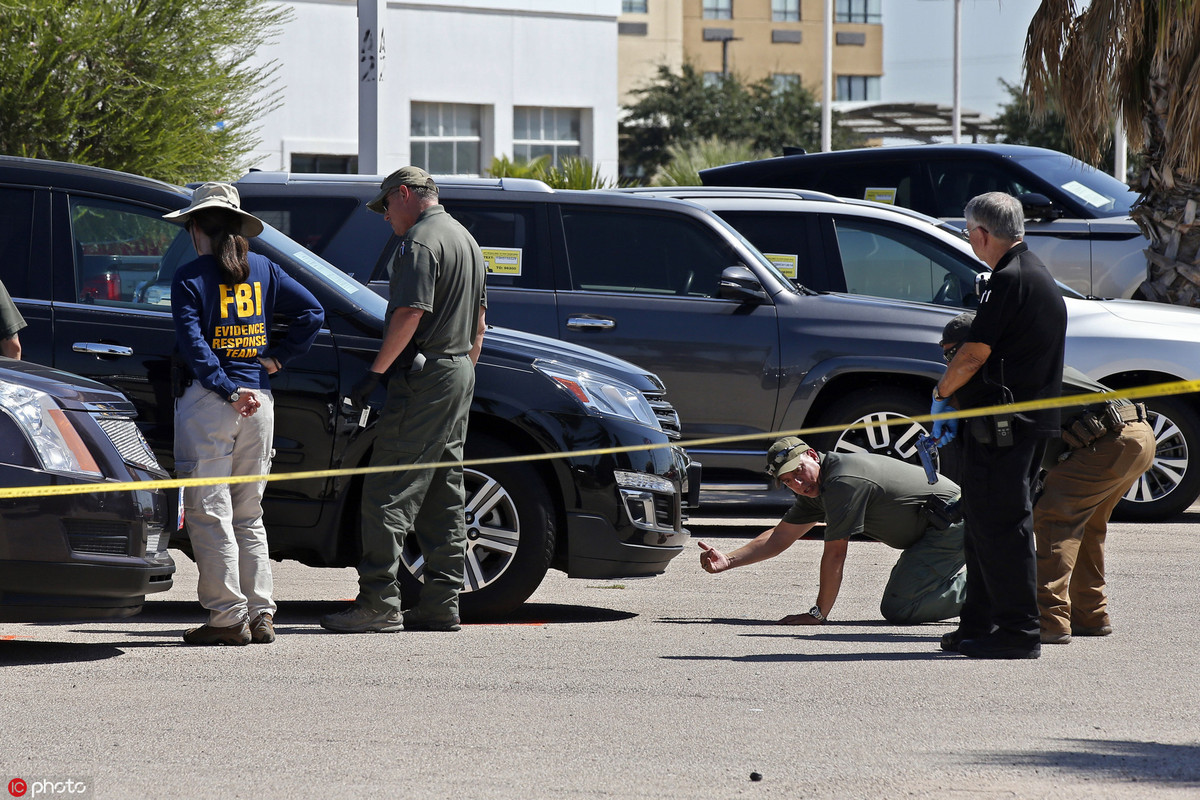 Officers killed 36-year-old Seth Aaron Ator on Saturday outside a busy Odessa movie theater after a spate of violence that spanned 10 miles (16 kilometers), injuring at least 25 people in addition to the dead, authorities said.

FBI special agent Christopher Combs said Ator called the agency's tip line as well as local police dispatch Saturday after being fired from Journey Oilfield Services, making "rambling statements about some of the atrocities that he felt that he had gone through".

"He was on a long spiral of going down," Combs said. "He didn't wake up Saturday morning and walk into his company and then it happened. He went to that company in trouble."

Fifteen minutes later, Combs said, a Texas state trooper unaware of those calls tried pulling over Ator for failing to signal a lane change. That was when Ator pointed an AR-style rifle toward the rear window of his car and fired on the trooper, starting a terrifying police chase as Ator sprayed bullets into passing cars, shopping plazas and killed a US Postal Service employee while hijacking her mail truck.

Combs said Ator "showed up to work enraged": but did not point to any specific source of his anger. But Combs described Ator's home on the outskirts of Odessa as a "strange residence" that reflected "what his mental state was going into this". Combs said he did not know whether Ator had been diagnosed with any prior mental health problems.

More than 20 people were injured in the daylight attack over the Labor Day holiday weekend, which came just weeks after another mass shooting killed 22 people in the Texas border city of El Paso. Authorities have not said how Ator obtained the gun used in the shooting, but Ator had previously failed a federal background check for a firearm, said John Wester, an agent with the federal Bureau of Alcohol, Tobacco and Firearms.

Online court records show Ator was arrested in 2001 for a misdemeanor offense that would not have prevented him from legally purchasing firearms in Texas.

Texas Governor Greg Abbott tweeted that Ator didn't go through a background check for the weapon he used in Odessa. A spokesman referred questions to the Texas Department of Public Safety, which didn't immediately respond.

Odessa Police Chief Michael Gerke said Ator's company also called 911 on Saturday after Ator was fired, but that Ator had already taken off by the time police showed up.

Authorities said those killed were between 15 and 57 years old but did not immediately provide a list of names. Family and employers, however, said that among the dead were Edwin Peregrino, 25, who ran out of his parents' home to see what the commotion was; mail carrier Mary Granados, 29, slain in her US Postal Service truck; and 15-year-old high school student Leilah Hernandez, who was walking out of an auto dealership.

Ator fired at random as he drove in the area of Odessa and Midland, two cities more than 300 miles (482 kilometers) west of Dallas. Police used a marked SUV to ram the mail truck outside the Cinergy Movie Theater in Odessa, disabling the vehicle. The gunman then fired at police, wounding two officers before he was killed.