WORLD Gunman captured after killing policeman in southeastern US

Gunman captured after killing policeman in southeastern US 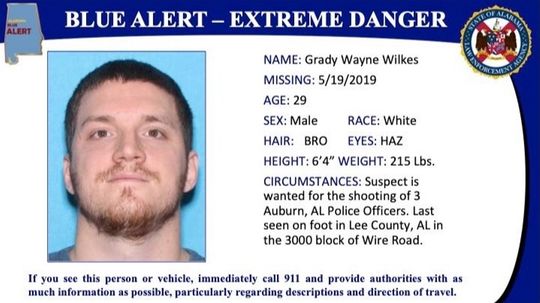 WASHINGTON, May 20 (Xinhua) -- A gunman who allegedly killed one police officer and wounded two others in the US state of Alabama Sunday night was captured, authorities said Monday.

The officers were responding to a domestic disturbance at a residence several kilometers from Auburn University, the school's Department of Campus Safety and Security tweeted.

The gunman, identified as 29-year-old Grady Wayne Wilkes, was in custody, according to another tweet.

Local police said one officer was killed and two others were seriously wounded.