Gunman kills 4 near embassy in Tanzania 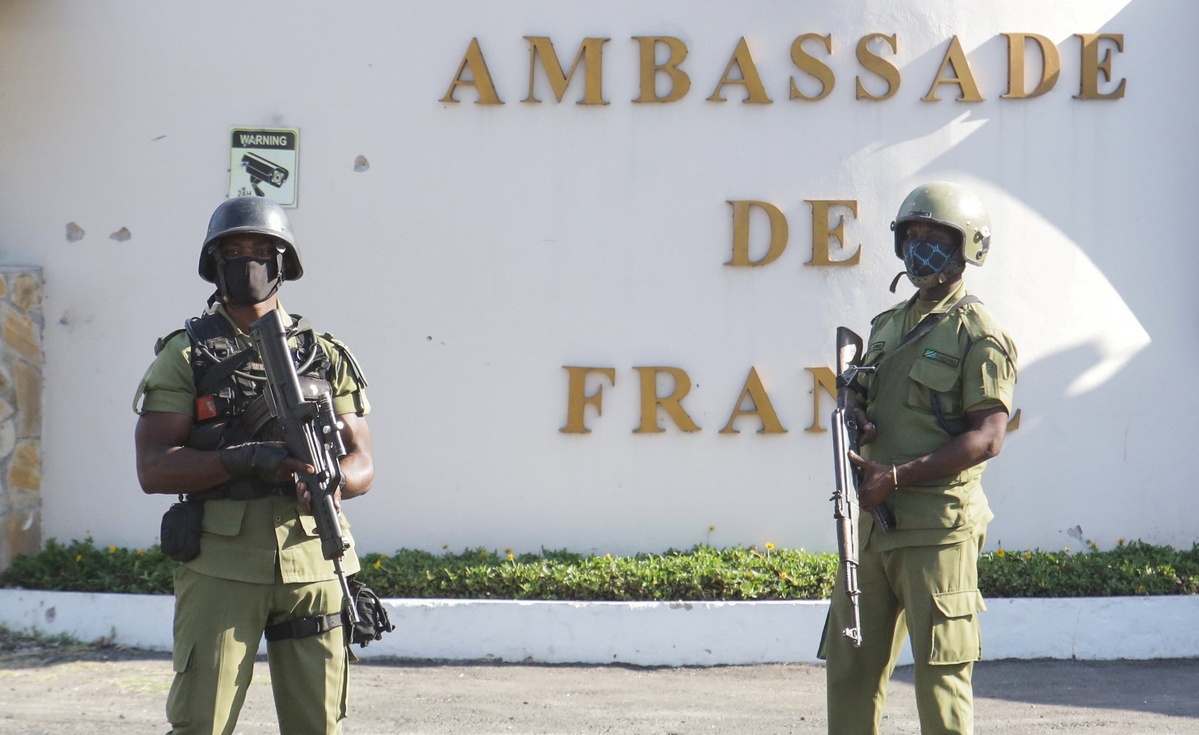 Tanzanian security forces guard an entrance to the French embassy after an attack in Dar es Salaam on Wednesday. (Photo: agencies)

Three police officers and a private security guard were killed by a lone gunman in a shooting spree near the French embassy in Tanzania's economic hub of Dar es Salaam on Wednesday, police said.

Head of police operations Liberatus Sabas told reporters that the motive of the gunman, who was shot dead at the scene by a police sniper, was not yet known.

"It's too early to conclude that this is terrorism as we are still investigating the motives," he said. "Residents should remain calm as we investigate the matter."

He said that in addition to the four dead, six other people were injured in the incident in the usually calm seaside area of Dar es Salaam that houses a number of embassies.

He said the gunman attacked two police officers, took their guns and then began shooting sporadically toward the French embassy. He then took cover at a structure next to the embassy where he continued shooting. A joint police operation cornered the assailant before gunning him down, and killing him in the middle of the road outside the French embassy gate.

Footage aired on local media showed a man in a checked shirt and white Islamic cap armed with an assault rifle roaming the street near a city bus.

He was later seen being shot and falling to the ground close to the entrance of the French embassy.

"The man appeared like a sheikh with a white cap. He passed near me without greeting and when I greeted him he did not reply. He was sweating. After a short while, we heard firing," said one witness who declined to be named.

President Samia Suluhu Hassan sent her condolences over the killings and called for police to conduct a thorough investigation.

Simon Sirro, Tanzania's inspector general of police, said the attacker was a foreigner and police believe he was from Somalia. He also warned the attack could be linked to the extremist insurgency in neighboring Mozambique, where a growing number of African nations including Tanzania are jointly pursuing the fighters.

Meanwhile, extremism monitoring group SITE reported later on Wednesday that an outlet linked to the Islamic State terror group mentioned an "attack on the French embassy" in Dar es Salaam by a Somali man.

The French Foreign Ministry declined to comment when contacted by Agence France-Presse.

The Alliance for Change and Transparency opposition party called for the security services to fully investigate the shooting.

"As the public, we need to know whether it was a lone event or one of greater security implications for our nation," party leader Zitto Kabwe posted on Twitter.

The United States' embassy in Tanzania had issued an alert as the incident was ongoing, telling its citizens to avoid the area.