A man was shot by police on the steps of a landmark New York City cathedral Sunday afternoon after he began firing a gun at the end of a Christmas choral concert. 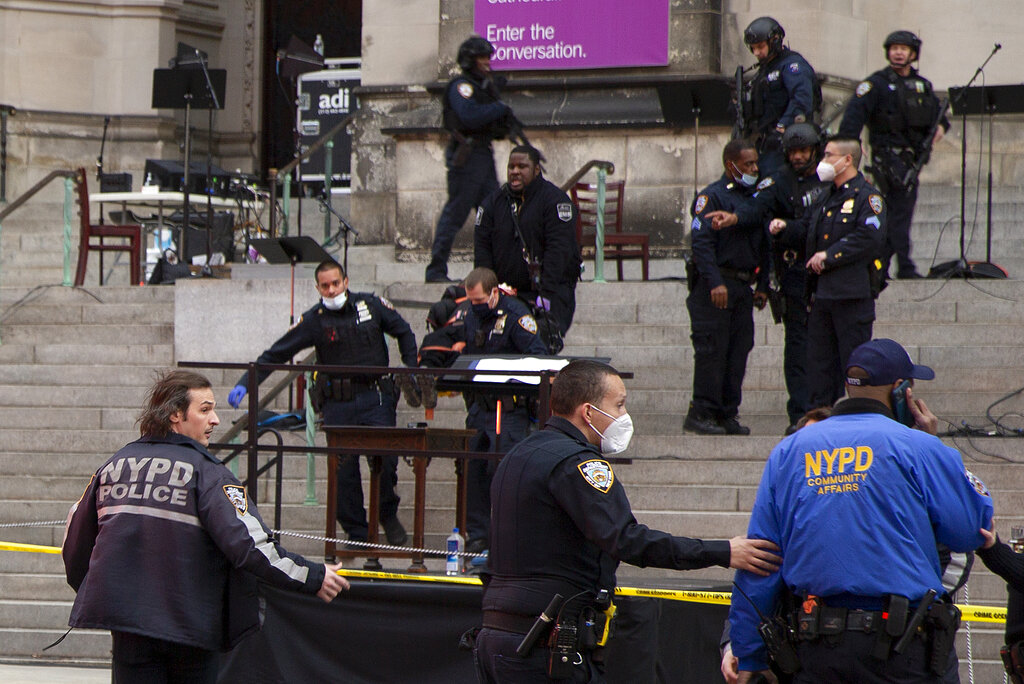 New York police officers carry a suspected gunman in a stretcher down the steps of Cathedral Church of St. John the Divine, Sunday, Dec. 13, 2020, in New York. (Photo: AP)

Police said there was no indication anyone but the suspected gunman was shot. The man was taken to a hospital in critical condition.

The shooting happened just before 4 p.m. at the Cathedral Church of Saint John the Divine, mother church of the Episcopal Diocese of New York.

The 45-minute concert, held outdoors on the cathedral's steps, had just concluded and people were starting to walk away when a series of shots was heard, sending people running down the street screaming and diving to the sidewalk. Officers who had been on hand to provide security for the event quickly moved in and shot the gunman, who police believe was armed with a rifle.

After the gunfire stopped, a large group of police officers, guns drawn, approached the suspected gunman as he lay wounded at the top of the steps, near the cathedral's huge doors.

Police Commissioner Dermot Shea and Chief of Department Terence Monahan were headed to the scene.