WORLD Gunman shot dead by police at NYC church after concert; no one else wounded

Gunman shot dead by police at NYC church after concert; no one else wounded

A gunman shouting "Kill me!" opened fire from the steps of New York City's Cathedral Church of St. John the Divine just after an outdoor choir performance there on Sunday, and was himself shot dead by police, according to police and a Reuters photographer at the scene. 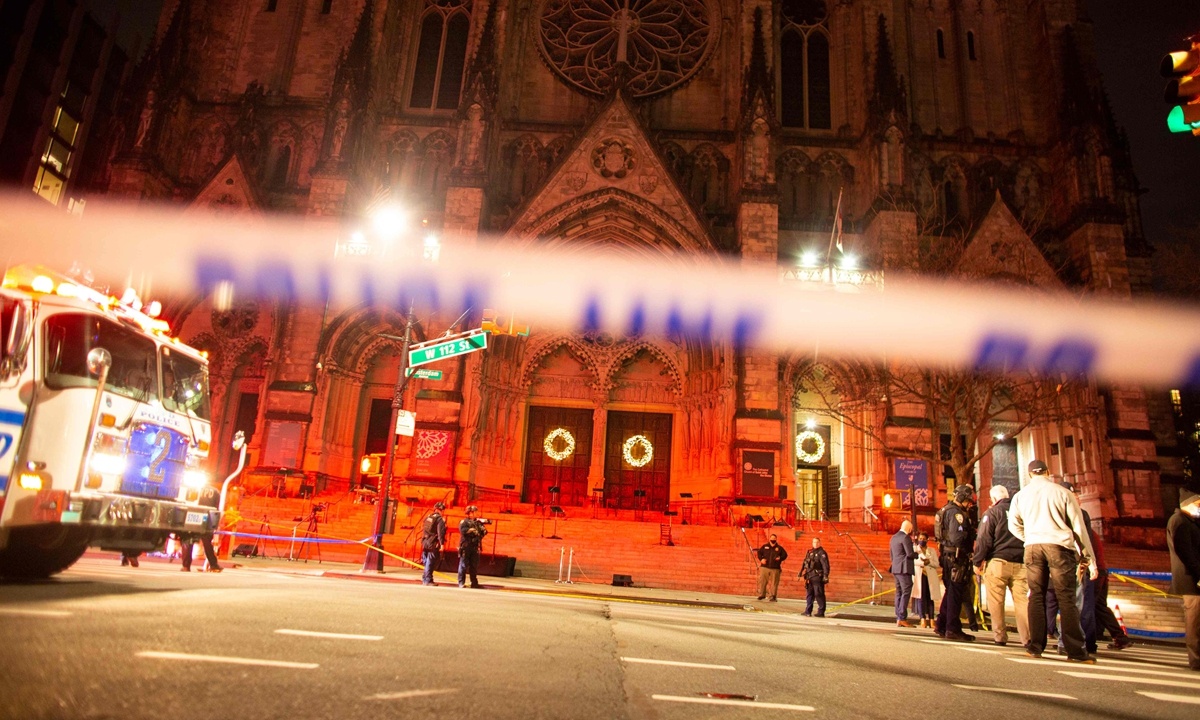 No one else was struck by gunfire thanks to quick action by three officers on the scene who confronted the suspect, New York City Police Commissioner Dermot Shea told reporters following the late-afternoon violence on Manhattan's Upper West Side.

The suspect, who was not identified, was struck at least once in the head during the gun battle and was rushed to a local hospital, where he was pronounced dead. Shea said police fired a total of 15 rounds at the suspect.

Police recovered two semi-automatic handguns from the scene, and a bag apparently belonging to the suspect that contained a full can of gasoline, rope, wire, several knives, a Bible and tape, according to Shea.

"I think we can all surmise the ill intentions of the proceeds of this bag," he added.

The shooting occurred outside the landmark cathedral for the Episcopal Diocese of New York, located at Amsterdam Avenue and West 112th Street, about 15 minutes after the conclusion of an outdoor choir performance on the church steps attended by about 200 people.

The choir's annual Christmas holiday concert had been moved outside in keeping with COVID-19 health safety rules. The performers and most of the audience had either gone inside the church or left before the shooting began, Shea said. Only about 15 people were still present when the gunman appeared at the top of the steps, screaming, "Kill me," and "shoot me," as he fired a handgun, sending bystanders running for cover in panic.