WORLD Gunman upset by divorce is found dead after manhunt

Gunman upset by divorce is found dead after manhunt 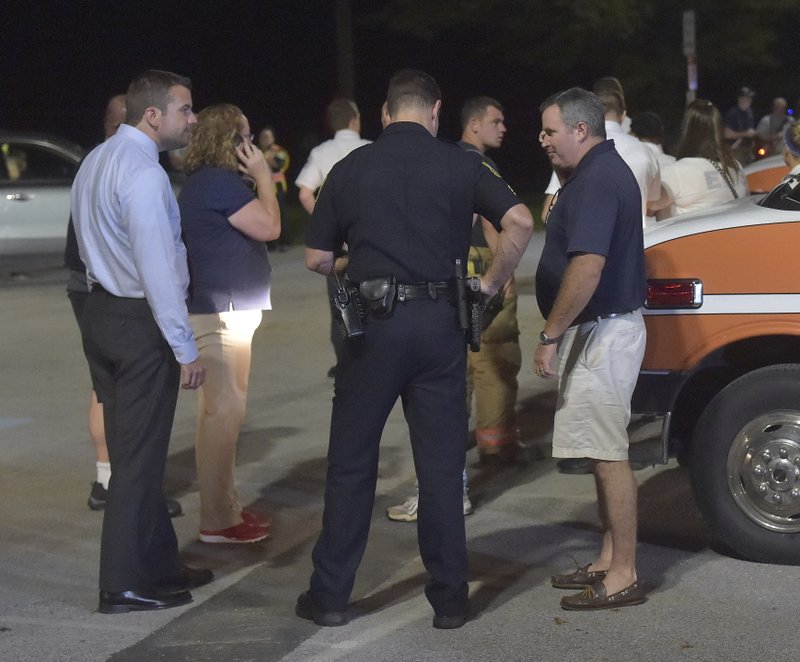 Police talk with family members at the staging area after a shooting at Bellingham Retirement Community on East Boot Road in East Goshen Township, Pa., Wednesday, Sept. 19, 2018. Authorities are searching for a man who they say shot at his ex-wife and then killed his parents at the retirement center. Chester County District Attorney Tom Hogan says authorities are looking for 59-year-old Bruce Rogal of Glenmoore. (Photo: AP)

A Pennsylvania man who was apparently upset that his ex-wife had been awarded their home in their divorce was found dead early Thursday, several hours after he shot at her and later killed his own parents.

Bruce Rogal, 59, died after a manhunt and a police chase that ended when he crashed his car at the West Bradford Township home he had shared with his wife, Chester County District Attorney Tom Hogan said.

State police said at least one trooper shot at Rogal following the crash, but it’s not clear if he returned fire. A gun was found in his car, authorities said, but a cause of death hasn’t been determined.

Rogal had received word of an order finalizing the divorce that authorities said was mailed on Wednesday and “that appears to be what set him off,” Hogan said.

Rogal first went to the house where his ex-wife was in the driveway changing her car’s oil, shot at her and missed. He then drove to a retirement center in East Goshen where he shot and killed his parents, William and Nancy Rogal, who were both in their late 80s.

Rogal then drove off, and police soon sent out an alert about the car he was driving. State police spotted the vehicle driving past the agency’s Embreeville Barracks shortly before 1 a.m. Thursday, and a chase ensued that also involved SWAT team members.

Aided by a police helicopter, the troopers were able to follow Rogal a few miles into the West Bradford neighborhood where his ex-wife lives and where the initial shooting incident happened.

The chase ended when Rogal’s crashed his car into the side of the house.

Court documents obtained by the Daily Local News in West Chester, Pennsylvania, showed Rogal’s ex-wife had filed an order of protection from abuse against him in 2015, shortly before filing for divorce.

Rogal’s attorneys had argued the order was a way to gain an upper hand in the divorce and said some of the incidents she had listed in the petition alleging Rogal had threatened or assaulted her. The court ordered him to leave their home.