At least one gunman opened fire on police Wednesday as they were serving a warrant in a Philadelphia neighborhood, wounding six officers and triggering a standoff that extended into the evening, authorities said. 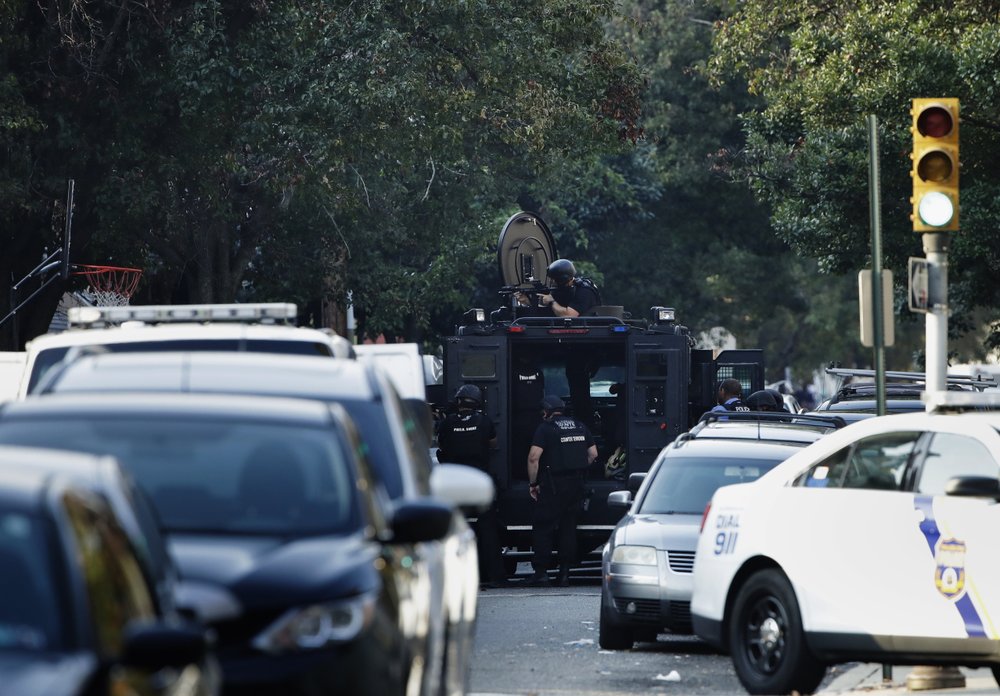 A massive police presence is set up outside a house as they investigate an active shooting situation, Wednesday, Aug. 14, 2019, in the Nicetown neighborhood of Philadelphia. (Photo: AP)

None of the officers’ injuries were considered life-threatening, Philadelphia police Sgt. Eric Gripp said. They were being treated at hospitals.

The shooting began around 4:30 p.m. as officers went to a home in Nicetown, a north Philadelphia neighborhood of brick and stone rowhomes. Shots were still being fired three hours later, police said.

Officers were negotiating with the gunman and imploring him to surrender, while urging people to stay away from the area, Gripp tweeted.

Two officers became trapped inside the house amid the gunfire, The Philadelphia Inquirer reported.

Live video from news stations showed a massive police presence, with dozens of squad cars and officers, many of them with guns drawn.

Temple University locked down part of its campus, and several children and staff were trapped in a nearby daycare.

One officer appeared injured and was taken away in a police car. Video also showed two other officers carrying a man and putting him in the back of a police car.

The Bureau of Alcohol, Tobacco, Firearms and Explosives said its agents responded to the scene to assist Philadelphia police.