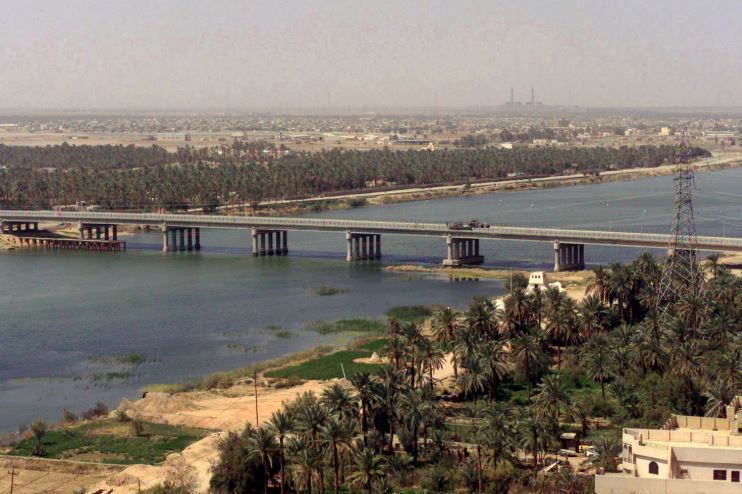 An aerial view of a main bridge in northeastern An Nasiriyah, Iraq. (Photo: Xinhua)

The attack took place in the evening when two masked gunmen in a car opened fire on Ali al-Usaimi and killed him before they fled the scene, Ammar Khalil from Nasiriyah police told Xinhua.

A police unit rushed to the scene and cordoned off the area and launched an investigation into the incident, Khalil said.

Assassinations and kidnappings have increased recently in Iraq, especially among civil society activists who are participating in the anti-government demonstrations that started more than two months ago.

Earlier, the Iraqi Independent High Commission for Human Rights warned of the growing assassinations of civil activists in Baghdad and other cities.

The commission highlighted the need for efforts by the security services to end the assassinations targeting unarmed citizens, arrest criminals and bring them to justice.

Mass demonstrations have continued in Baghdad and other cities in central and southern Iraq since early October, demanding comprehensive reform, fight against corruption, better public services and more job opportunities.