WORLD Gunmen kill 12 in attack on Nigeria military base in northwest: security sources

Gunmen kill 12 in attack on Nigeria military base in northwest: security sources

Gunmen have killed 12 Nigerian security forces members in a weekend attack on a military base in northwest Zamfara state, before stealing weapons and torching buildings, two security sources said Monday. 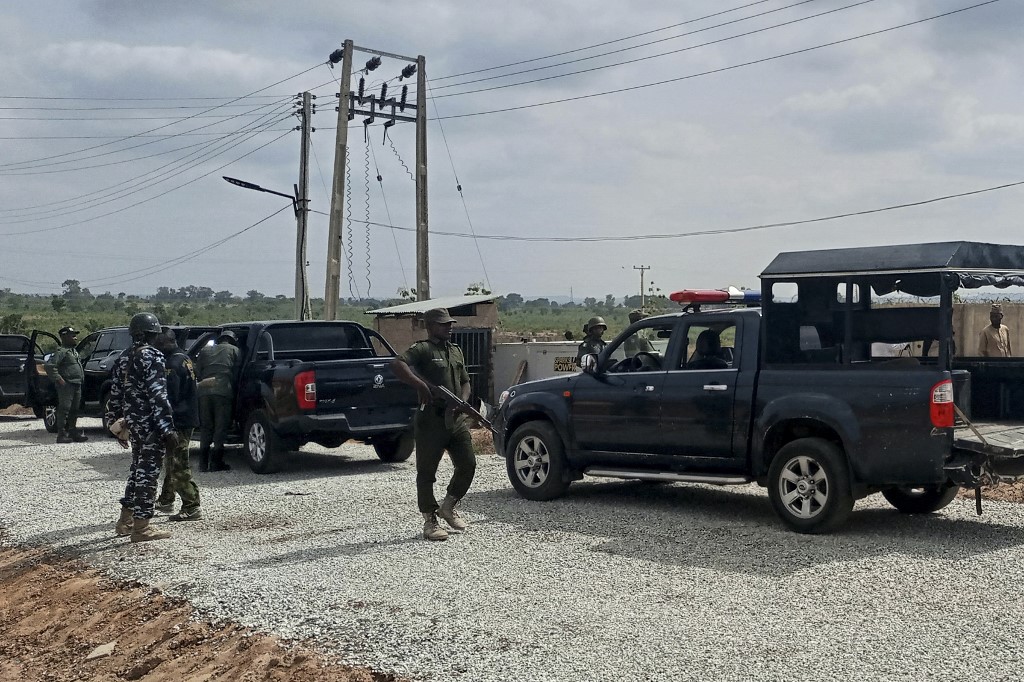 Security personnel stand at a female hostel at the Greenfield University in Kaduna, Nigeria, on April 21, 2021. (Photo: AFP)

It was not immediately clear who carried out the Saturday raid in Mutumji, but the army is engaged in operations in Zamfara against armed criminal gangs known as bandits who are blamed for a series of mass abductions.

Telecommunications have also been cut in Zamfara and in parts of neighbouring state Katsina in an attempt to disrupt bandit communications about army movements during the crackdown.

"The attackers stormed the base around 10:30 am and engaged the troops in a fierce gun battle," one security source said.

"They subdued the troops and killed 12 of them. They included nine navy, a soldier and two policemen."

The base in Mutumji, Dansadau district, about 80 kilometres (50 miles) from the state capital Gusau, is a key site for logistics and reconnaissance in the army's fight against bandits in the area.

Jihadists in Nigeria's northeast frequently attack military bases in Borno State, the heart of a 12-year insurgency that has killed 40,000 people.

But large, heavily armed criminal gangs who raid villages and kidnap for ransom in the northwest and central states have also become more brazen.

In July, bandit gunmen shot down an air force jet over Zamfara while it was returning from operations. The pilot safely ejected and managed to escape capture.

Gunmen also attacked the country's elite defence academy in northwest Kaduna State last month, killing two officers and kidnapping another in a raid in one of the symbols of the armed forces.