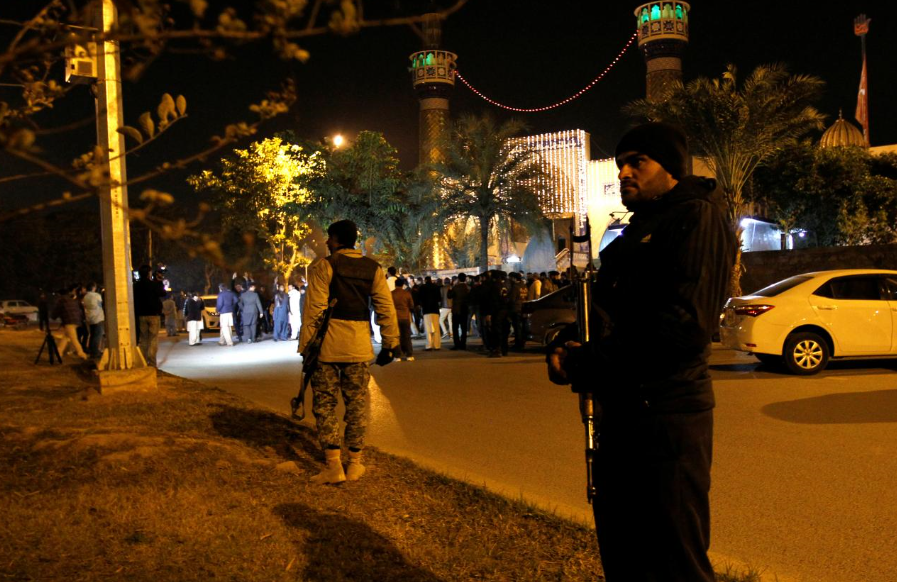 Gunmen on motorcycles opened fire on worshippers at the entrance of a Shi‘ite Muslim mosque in Pakistan’s capital Islamabad on Wednesday, killing an intelligence officer at the scene, police said.

Three or four attackers on two bikes shot at members of the minority Shi‘ite community who were leaving evening prayers in a residential neighborhood, police official Ghulam Qasim said.

A member of Pakistan’s domestic Intelligence Bureau among the worshippers got hit several times and died later in hospital, Qasim said.

“We’re not sure yet whether it is a sectarian incident,” Qasim added. “The man who died got five or six bullets. That seems to make him a target.”

No group immediately claimed responsibility. Attacks are rare in the capital, but Al-Qaeda and Islamic State-affiliated Sunni Muslim sectarian groups are active in the country.

Four other people were being treated for bullet wounds, police said.