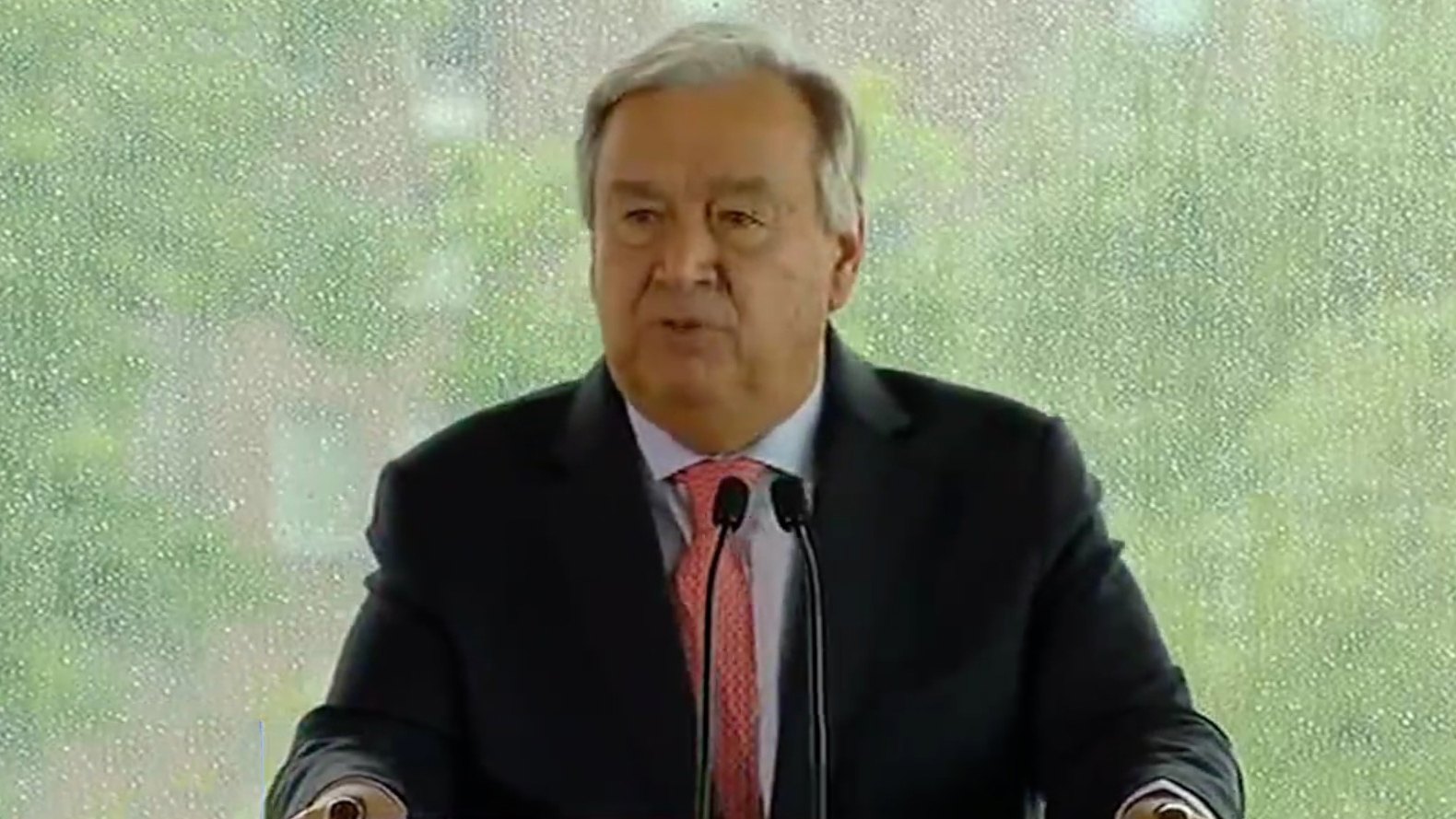 Even though Hurricane Florence and Typhoon Mangkhut ravaged regions on opposite sides of the world, the United Nations Secretary-General Antonio Guterres has called the world to "sound the alarm" as it has reached a "pivotal moment" in global warming during his speech at the UN, warning that leaders must act fast.

"We need to rapidly shift away from our dependence on fossil fuels. We need to replace them with clean energy, from water, wind," says Guterres. "I have asked you here to sound the alarm – climate issue – is the defining issue of our time."

The UN is committed to the historic 2015 Paris Climate Agreement – a worldwide effort to limit the rise in global temperatures. Massive wildfires this summer from Greece to California – flames fanned in part by record temperatures – killed scores and caused billions of US dollars in damage.

Fossil fuels, burning of coal and oil, are blamed for a spike in global temperatures. Virtually every nation responded with strong support with one noticeable exception. Donald Trump vowed to make coal king again in the United States – a pledge that helped push him to victory in the 2016 election.

The US was the only nation to opt out of the Paris Accord. The UN chief said the future is shifting away from fossil fuels.

"Not only will a shift to renewable energy save money, it will also create new jobs, waste less water – boost food production and clean the polluted air that is killing us," Guterres pointed out.

The UN says its studies indicate a bold switch to clean energy could spur tens of trillion of US dollars in economic benefits, through 2030 – creating 65 million new jobs – and as many 700,000 fewer deaths due to air pollution. But the sobering news is, runaway climate change is a real threat – and the Paris Climate Accord could fail.

As part of the agreement, wealthy nations were supposed to contribute a hundred billion US dollars to help developing nations grow, without rampant use of fossil fuels. However, the reality is that the measure is grossly underfunded, with countries not keeping their words. But the Trump administration is blunt, saying it simply will not pay the money the US had pledged.