Guterres to run for second term as UN Secretary General 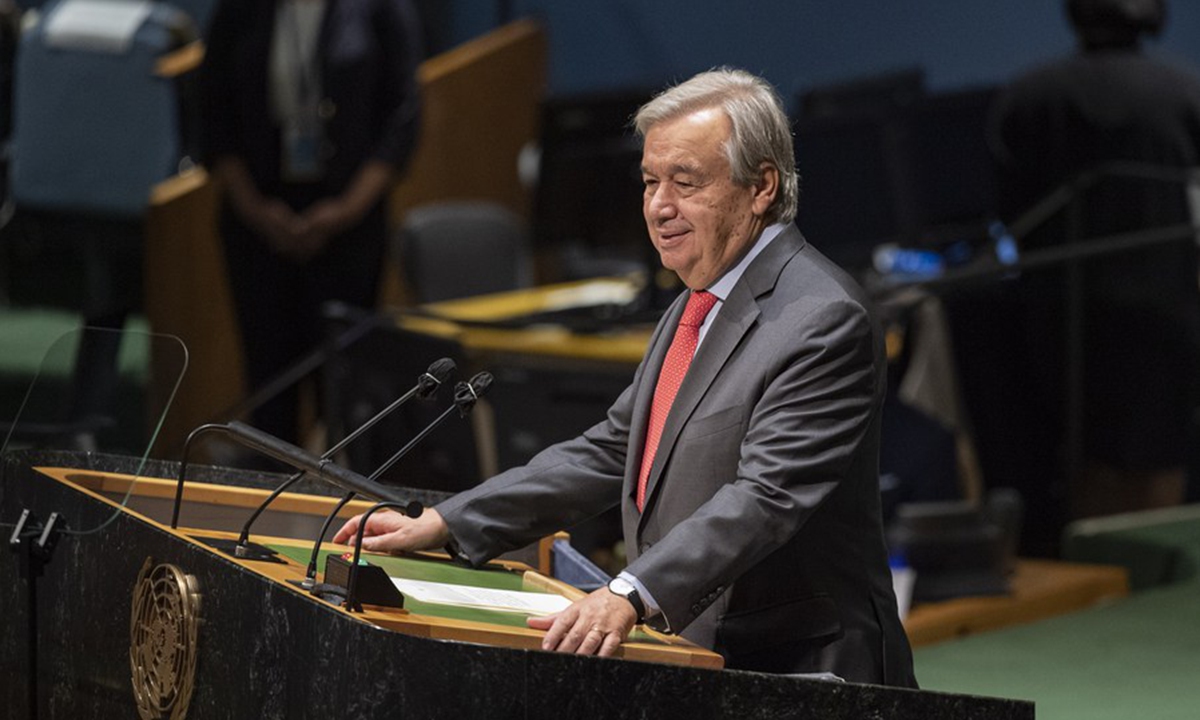 United Nations Secretary-General Antonio Guterres addresses a high-level UN meeting to mark the International Day for the Total Elimination of Nuclear Weapons at the UN headquarters in New York, on Oct. 2, 2020. (Photo: Xinhua)

UN Secretary General Antonio Guterres will run for a second five-year term as the organization's chief, his spokesperson said Monday.

Guterres informed the president of the General Assembly and Security Council that "he is available to serve a second term as secretary general of the United Nations," which would run from 2022 to 2026, spokesperson Stephane Dujarric told a daily new briefing.

A diplomat said that during the meeting with representatives from China, the US, France, Britain and Russia, Guterres described the many threats the world faces.

He underscored the need to reconcile "humanity and nature" and the importance of improved international cooperation on other challenges such as cybersecurity and terrorism, the diplomat added.

Other diplomats said Guterres' hope to serve a second term has so far not been met with any resistance from the permanent Security Council members.

It is traditional for a UN secretary general to serve the maximum two terms, though before November's US election, diplomats said Guterres was not planning to seek a second term if US President Donald Trump were reelected.

The outgoing US leader scorned multilateralism in many instances and assailed UN bodies such as the World Health Organization.

British Prime Minister Boris Johnson said he "warmly welcomed" Guterres' decision to run for a second term and congratulated him on "doing a fantastic job."

Guterres, a former prime minister of Portugal and the UN's former high commissioner for refugees, will see his first term expire in December.