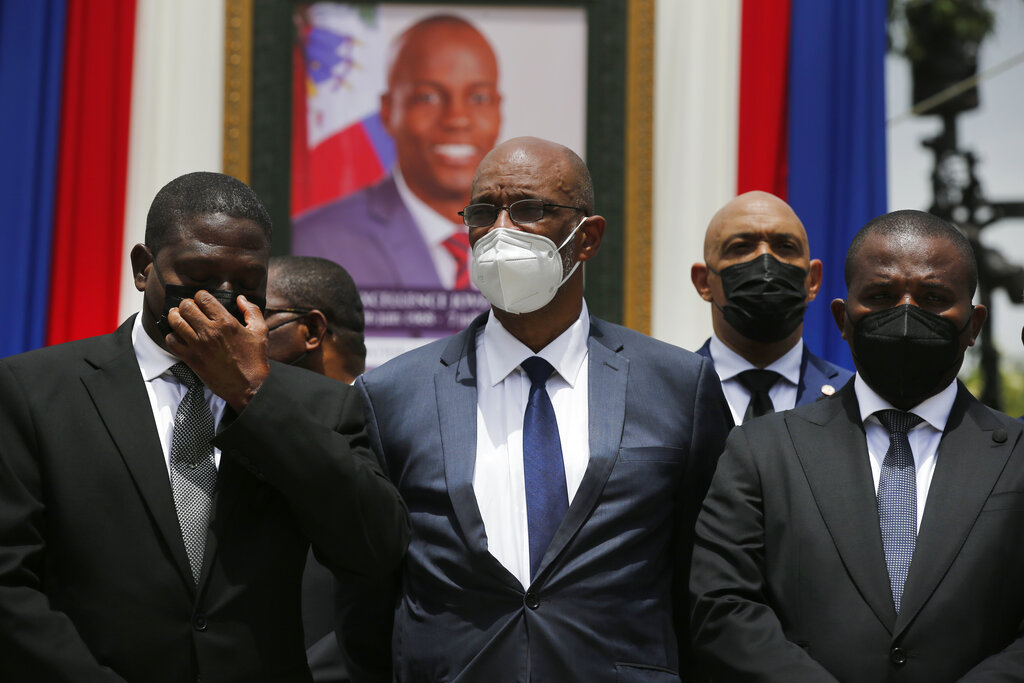 In this July 20, 2021 file photo, Haiti's designated Prime Minister Ariel Henry, center, and interim Prime Minister Claude Joseph, right, pose for a group photo with other authorities in front of a portrait of slain Haitian President Jovenel Moise at the National Pantheon Museum during a memorial service for Moise in Port-au-Prince, Haiti. (Photo: AP)

Haiti's Prime Minister Ariel Henry on Tuesday sacked prosecutor Bed-Ford Claude, who was seeking charges against the premier over the July assassination of President Jovenel Moise.

"I have the pleasure of informing you that it was decided to terminate your post," the prime minister said in a publicly distributed letter.