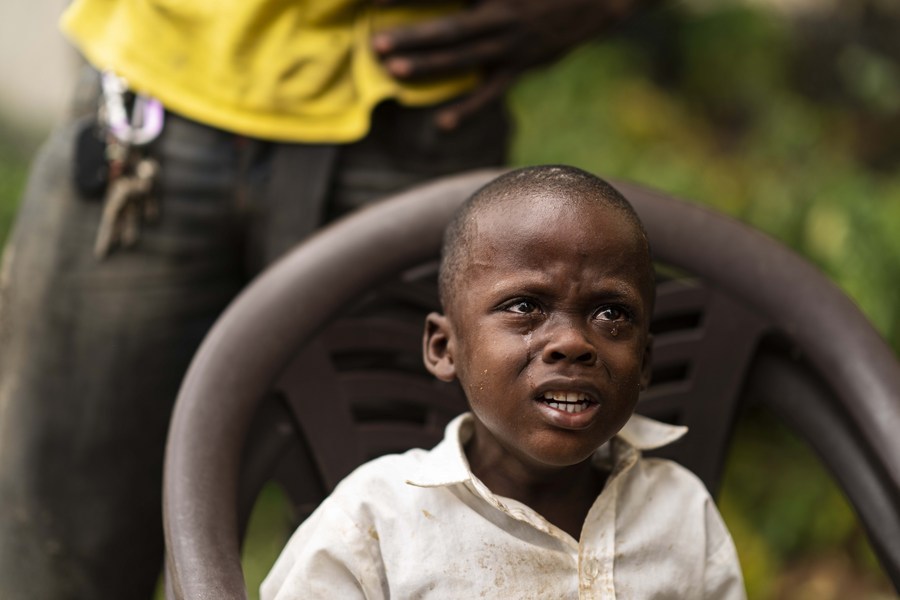 A child reacts while receiving medical treatment after an earthquake, in Les Cayes, Haiti, on Aug. 16, 2021. (Xinhua/David de la Paz)

A breakdown of fatalities by region showed the vast majority, or 1,832 deaths, occurred in the South, said the agency.

The earthquake was one of the strongest to hit the country, leaving numerous deaths and injuries in its wake, destroying houses and buildings and leading to the collapse of the island's hospital network.

United Nations Secretary-General Antonio Guterres on Tuesday pledged the world body's support for Haiti in the aftermath of the massive earthquake.

"I have a message to the people of Haiti: you are not alone. We will stand by your side and support you every step of the way out of this crisis," Guterres said in a statement.