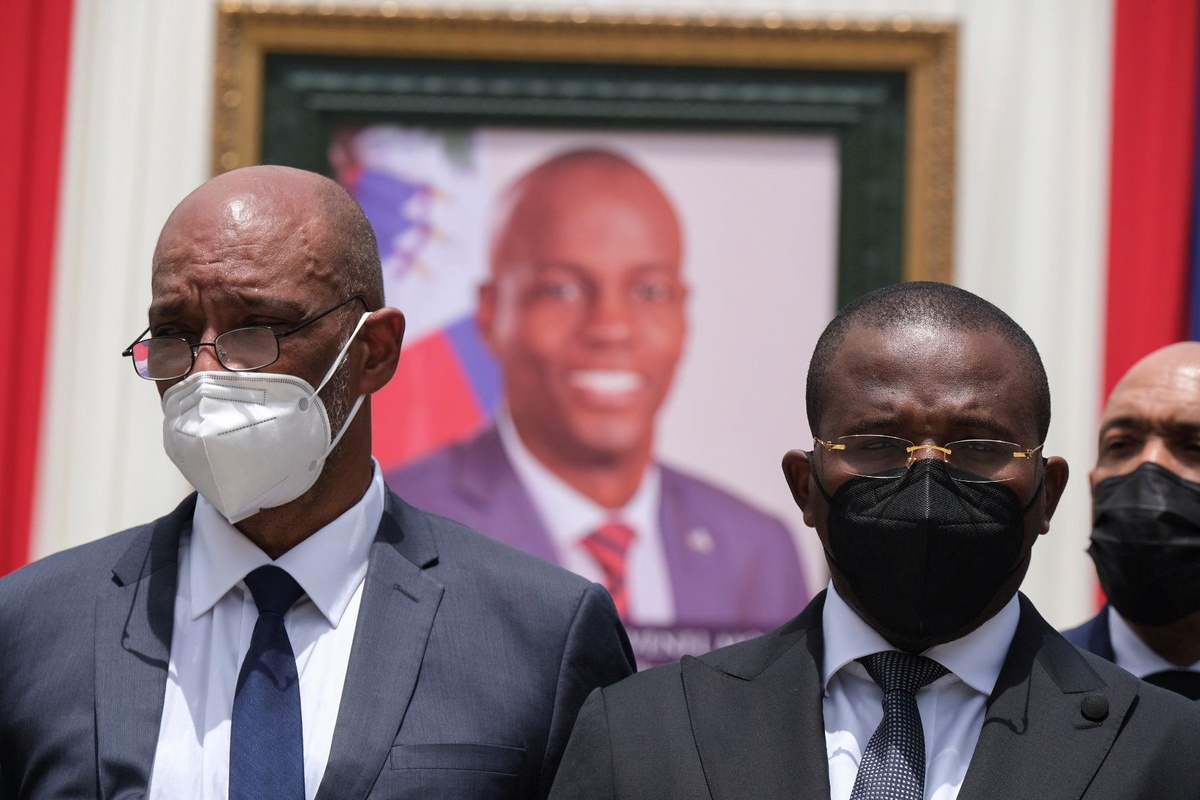 PORT-AU-PRINCE - Haiti's new prime minister Ariel Henry was expected to present his new government after taking office on Tuesday, as officials attempt to stabilize a country on the brink of chaos since the assassination of president Jovenel Moise.

Henry, named by Moise days before the controversial president was shot dead in his home in Port-au-Prince in the early hours of July 7, will lead a cabinet of 18 officials, five of them women.

In addition to running the government, the 71-year-old neurosurgeon will serve as minister of social affairs and labor.

His swearing in ends days of uncertainty since acting prime minister Claude Joseph declared a "state of siege" in the hours after the assassination and said he was in charge, launching a power tussle in the violence-wracked, impoverished Caribbean nation.

Joseph, who agreed to stand down and cede the role to Henry, will return to his former post as foreign minister.

Haiti has no working parliament and no workable succession process, and was already mired deep in a political and security crisis when the 53-year-old Moise was killed.

Henry called for national unity in a speech Monday to slow down what he warned was Haiti's descent into the "abyss," arguing that the "very existence of the Haitian nation is in peril."

Haitian authorities, with the help of the US Federal Bureau of Investigation, are still investigating the motive for Moise's assassination.

More than 20 people, many of them retired Colombian military personnel, have been arrested in connection with the killing.

Haitian police have accused a 63-year-old Haitian doctor with ties to Florida, Christian Emmanuel Sanon, of being a mastermind of the plot and having "political objectives."

The government's swearing in ceremony was to begin at about 3:00 pm (1900 GMT) in Port-au-Prince.

Before that, Joseph and others took part in a ceremony honoring Moise in the capital, ahead of his burial on Friday in Cap-Haitien.