Haiti's government published a draft new constitution Wednesday and again plugged the idea of such a reform as the country remains mired in crisis since the assassination of President Jovenel Moise. 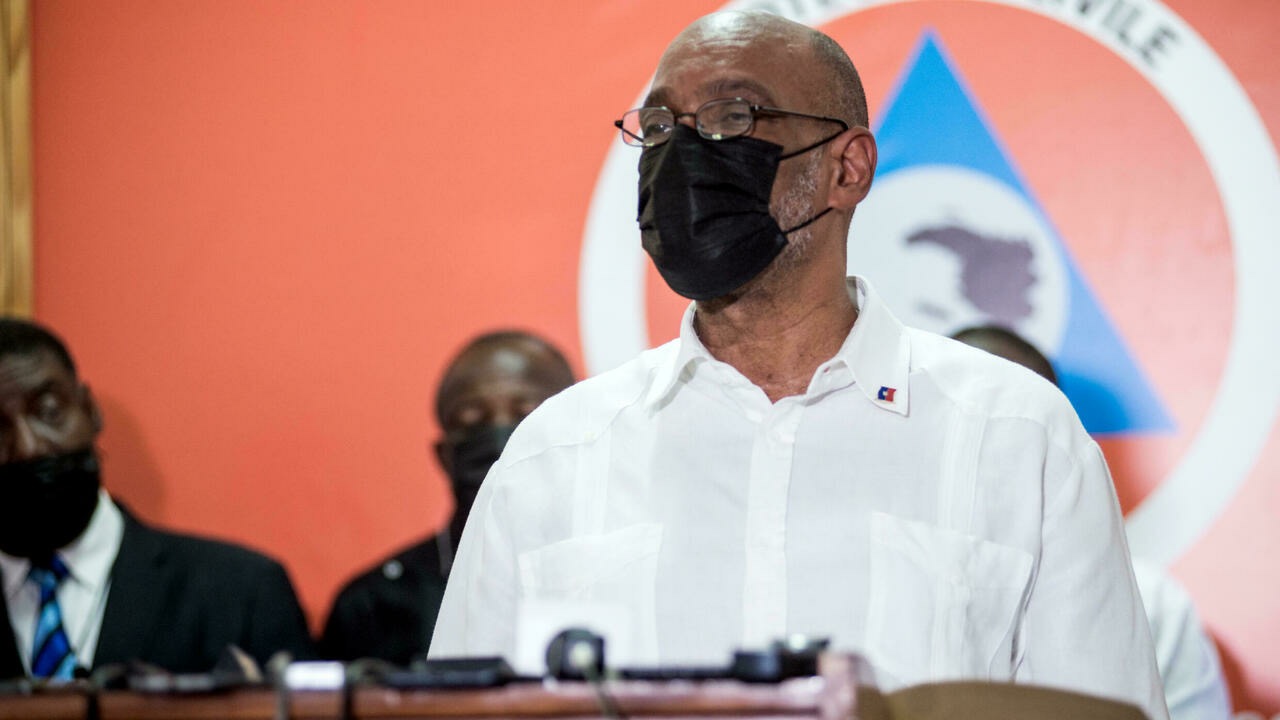 Haitian Prime Minister Ariel Henry (pictured August 2021) said a new constitution would not solve all of the island nation's problems but would help organize the government more efficiently. (Photo: AFP)

"A new constitution would not be a panacea to resolve all of our problems," Prime Minister Ariel Henry said.

"But if we manage to agree on this way of organizing governance in a more balanced and efficient way, it will be a point of departure for other agreements on the future of our country," he said.

Haitian politicians and everyday people are deeply divided over how their poor and disaster-prone nation should be run right now, as it tries to recover from the killing of Moise in his residence on July 7.

The government formed after the assassination, led by Henry, wants general elections to be held as soon as possible, while the opposition says there should be a transitional government for two years.

Besides legislative elections -- which actually should have been held in 2018 but were delayed -- and presidential elections, the government wants to push through a constitutional reform that Moise had already begun.

The new charter would strengthen the powers of the president, at the expense of parliament.

It would do away with the position of prime minister and create a vice presidency, which would be filled at the same time as the president in a single round of voting.

Such an arrangement is designed to help Haiti avoid the gridlock it is painfully used to in getting things done: now, every time there is a new government, parliament needs to approve the prime minister's policy agenda, and this is always tied up in endless debate among lawmakers.

Defenders of the new constitution say it would help battle the chronic problem of corruption by making it easier to hold trials in regular courts of government officials, cabinet ministers and the president once he or she leaves office.

As it stands now, the rarely used procedure for trying such officials is for the lower house of parliament to bring charges and the senate to hold a trial.

"Immunity is not synonymous with impunity," said Mona Jean, a lawyer who sits on the committee that drafted the new constitution. "A government job must not be a source of illicit enrichment."

Henry did not specify how he thinks the new constitution should be voted on.

Moise had proposed a referendum, scheduled by the electoral administration for November 7 of this year, but the idea proved controversial, with critics saying it violates the current constitution.

It was written in 1987 after the fall of the Duvalier dictatorship and forbids "any popular consultation aimed at modifying the constitution through a referendum."