WORLD Half of Italy under semi-lockdown

Half of Italy under semi-lockdown

Italy entered into a new period of semi-lockdown on Monday, with over half of its 20 regions falling into the "red zone" and subject to the maximum level of restrictions. 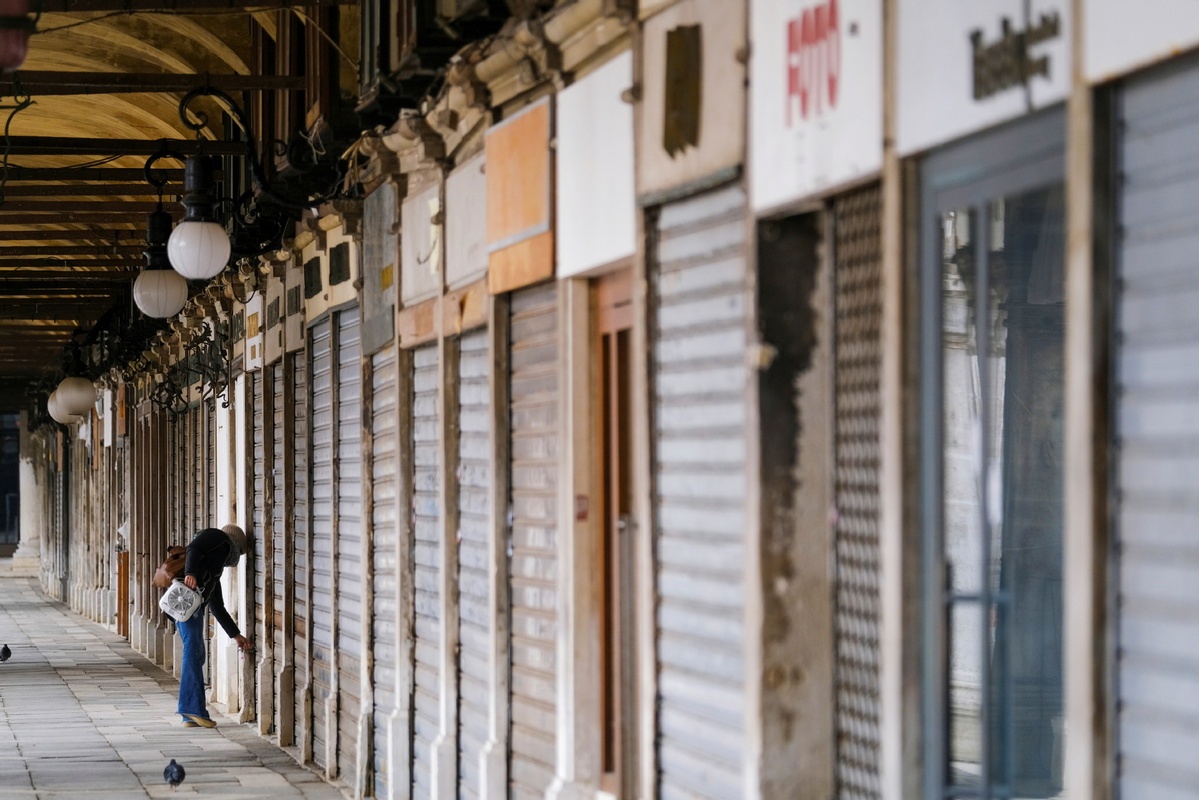 A woman closes a shop in St. Mark's Square as the region of Veneto becomes a "red zone", going into lockdown in an effort to reduce coronavirus disease (COVID-19) infections in the country, in Venice, Italy, March 15, 2021. [Photo/Agencies]

In 12 red regions, all non-essential businesses remain closed, and bars and restaurants operate for take-away service only, while people are allowed out only for work, health reasons or with proven necessity.

Schools are also closed, with eight out of 10 pupils across the country going back to remote learning.

The remaining regions are declared as "orange zone" and subject to a medium level of restrictions. Here, shops could open, but bars and restaurants would still offer take-away only.

The only exception is Sardinia Island, where there is no restriction on business or internal movements.

The new measures, approved in a decree Friday, will remain in force until April 6, although during Easter holiday between April 3 and April 5, people across the country will be asked to stay at home as much as possible, except for one single visit a day to another private home by maximum two adults plus children under 14 years.

Meanwhile, Italy counted 3.2 million COVID-19 cases, including infections, fatalities and recoveries. A total of 15,267 new cases were registered over the last 24 hours, according to the Health Ministry.

According to the latest assessment, Italy's COVID-19 reproduction number (Rt) is now 1.16, i.e. one infectious person would averagely transmit the virus to more than one other person.

Although the pandemic trend might still appear moderate, if compared to the first and second waves in 2020, health authorities fretted about the pressure mounting on the public health system.

Over the weekend, the number of patients admitted to intensive care exceeded 3,000, a worrying level considering the system's overall capacity.

In a separate development on Monday, the Italian Medicines Agency (AIFA) suspended the use of the AstraZeneca COVID-19 vaccine in the country.

The decision followed the death of a music professor in the northern Piedmont region, and at least another fatality (of a soldier) in Sicily, after vaccinations.

Both cases were being investigated, and no direct causal link has emerged so far.

AIFA stated that the suspension was "temporary and precautionary" pending a decision from the European Medicines Agency (EMA) and "in line with similar steps taken by other European Union (EU) countries" such as Germany, France and Denmark.

Meanwhile, the vaccination campaign continued, with 6.7 million people given the vaccine up to Monday, including 2 million with both doses, according to official data.

As vaccination campaigns with authorized anti-COVID-19 vaccines are ongoing in many countries around the world, 263 candidate vaccines are being developed worldwide - 81 of them in clinical trials - including in Germany, Italy, China, Russia, Britain, and the United States, according to the World Health Organization.