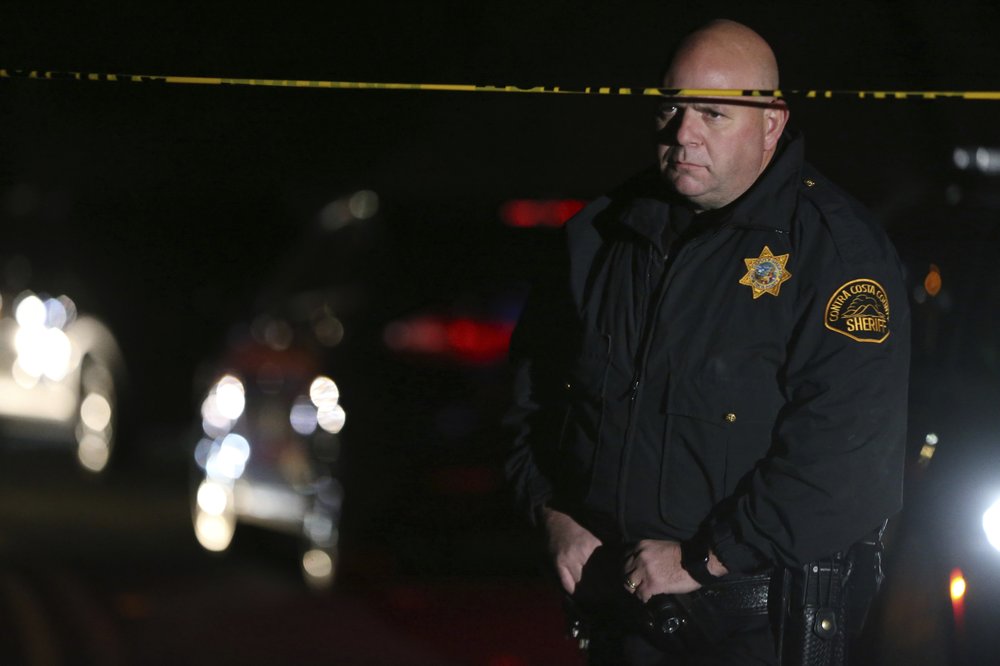 Four people were killed and several wounded at a Halloween party shooting at a Northern California home rented by a woman who falsely claimed she wanted the Airbnb so her asthmatic family members could escape wildfire smoke, officials and a person with knowledge of the transaction said Friday.

Gunshots were reported at about 10:45 p.m. Thursday at the large home in the wealthy San Francisco suburb of Orinda where more than 100 people had gathered, police said. The home had been rented on Airbnb by a woman who told the owner her dozen family members needed a place with fresh air, the person with knowledge of the transaction told The Associated Press.

A one-night rental on Halloween was suspicious enough that before agreeing to rent the home, the owner reminded the renter that no parties were allowed, said the person, who was not authorized to publicly disclose the information and spoke only on condition of anonymity.

The renter, whose name and hometown have not been disclosed, told the homeowner that her family members had asthma and needed a place with fresh air. A giant wildfire burning in Sonoma County about 60 miles (97 kilometers) north of Orinda earlier in the week forced tens of thousands to evacuate and fouled the air over a wide area.

It’s not clear what prompted the shooting and no suspects had been arrested by Friday afternoon.

Another Halloween party, in a rural area east of Salt Lake City , also ended in violence and left two men dead. A 22-year-old man was fatally stabbed and a 23-year-old man was shot to death at the party near the town of Roosevelt where about 20 people were drinking, said Duchesne County Sheriff Travis Tucker. Police had no motive and had made no arrests.

In Chicago, a 7-year-old girl out trick-or-treating in a bumblebee costume was shot in the neck by someone firing from across the street at a gang member. A juvenile identified as a person of interest in the shooting was taken into custody Friday. The girl was in critical but stable condition Friday.

In Orinda on Friday, police tape surrounded the block where the house is located as people came to collect their cars and other belongings. One woman in tears told reporters the father of her child had been killed. She left before giving her name.

Romond Reynolds picked up the car of his son, 24-year-old Armani Reynolds, who he said was left comatose by the shooting.

Reynolds said he received a call at about 11 p.m. saying someone had driven his son to the hospital. The Contra Costa County Sheriff’s Office said at least three people were wounded but there’s no precise count because some victims went to hospitals in private vehicles rather than ambulances.

Orinda City Manager Steve Salomon said at a news conference Friday afternoon that had officials previously received two previous complaints — regarding trash containers and noise — and the homeowner had been cooperative in resolving the issues.

He said the property was registered with the city as a short-term rental with a maximum occupancy of 13 people.

Reynolds said his son went with friends after apparently learning of the party on the internet. The gathering was raucous enough that neighbors called the homeowner to complain.

Michael Wang, who owns the 4,000-square-foot (372-square-meter), four-bedroom house, said his wife reached out to the renter and she responded there were only a dozen people at the home. However, Wang said he could see more people on video from his doorbell camera, according to The San Francisco Chronicle .

“We called the police. They were on the way to go there to stop them, but before we got there the neighbor already sent us a message saying there was a shooting,” he told The Chronicle in a phone interview. “When we arrived there, the police were already there.”

Wang did not immediately respond to phone and text messages from AP seeking comment.

Chris Gade, who lives in the neighborhood, said he heard noise from the party and then gunshots and saw people “screaming and fleeing down the hill.”

“I think everybody in our neighborhood immediately locked our doors and started messaging each other, trying to figure out what was going on,” he said. “This just doesn’t happen in Orinda.”

Airbnb is “urgently investigating” what happened, spokesman Ben Breit said in an email. Airbnb has banned the renter from its platform and the home has been removed as a listing, he said.

The home’s Airbnb ad included prohibitions on smoking, marijuana use, weapons and parties, Breit added. The listing also said that quiet hours must be observed between 10 p.m. and 8 a.m. because neighboring homes are close.

Orinda, with a population of about 20,000, requires short-term rental hosts to register with the city annually and pay an occupancy tax. The maximum occupancy is two people per bedroom plus three people not assigned to bedrooms.

Eunhee So, 31, said she was watching TV Thursday night when she heard police sirens and helicopters whirring above her condo down the hill from the home. A neighbor called her, saying there was an active shooter and she should lock her doors, and she saw posts on neighborhood app Nextdoor urging residents to turn on their lights to help police search for suspects.

“We all couldn’t sleep,” So said. “We’re all devastated.”