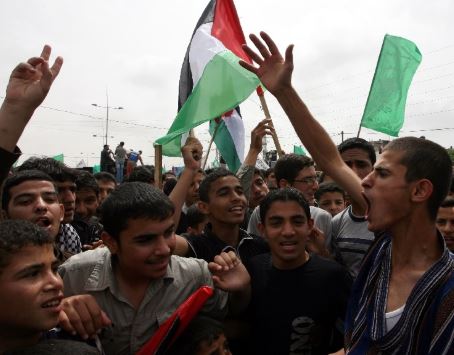 GAZA, April 16 (Xinhua) -- Ismail Haniyeh, leader of the Islamic Hamas movement, announced on Tuesday that his movement rejects the idea of establishing a Palestinian state in the Gaza Strip and parts of the Sinai Peninsula.

Haniyeh made the remarks during a session of the Palestinian Legislative Council (PLC) held in Gaza.

"We reject the relocation of the Palestinian people in various Arab states and we reject an alternative homeland in Sinai or in Jordan," he stressed.

"We reject the cancellation of our people's rights of return," the Hamas chief concluded