Hamas claims responsibility for firing rockets from Gaza into Israel

GAZA, May 10 (Xinhua) -- Militants of the Islamic Resistance Movement (Hamas) on Monday claimed responsibility for firing a barrage of rockets from the Gaza Strip into Israel. 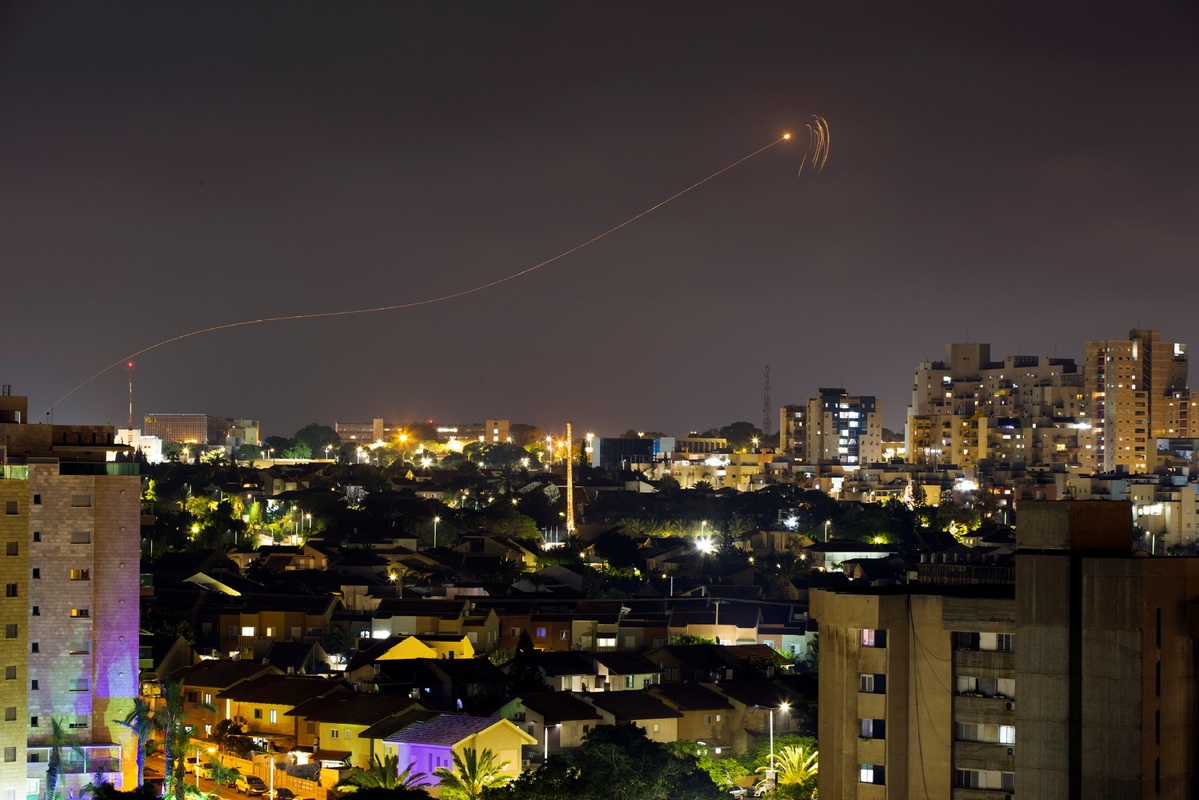 A streak of light is seen as Israel's Iron Dome anti-missile system intercepts a rocket launched from the Gaza Strip towards Israel, as seen from Ashkelon, Israel May 10, 2021. (Photo: Agencies)

"Firing the rockets was a response to the occupier's crimes and aggression against the holy city and harassing our people at Al-Aqsa Mosque and the neighborhood of Sheikh Jarrah," the masked spokesman added.

Eyewitnesses said they saw dozens of rockets were launched and white smokes rising into the sky.

They also heard the sound of explosions after Israel's Iron Dome missile defence system intercepted some of the rockets.

The Israeli military said they detected seven rockets fired from Gaza toward Jerusalem, adding one was intercepted by Iron Dome and rocket sirens blared across southern Israel.

An Israeli man was lightly hurt by shrapnel from anti-tank missile near the Gaza border, according to the Israeli military.

Meanwhile, al-Quds Brigades, the military wing of the Palestinian Islamic Jihad (PIJ), claimed responsibility for attacking an Israeli army jeep near the borders between the northern Gaza Strip and Israel.

The PIJ said in a press statement that it launched more than 30 rockets from Gaza into southern Israel, adding the attacks are "a response to the crimes against Al-Aqsa Mosque and against our people in East Jerusalem."

Tension between Israelis and Palestinians has been flaring up over the past few days amid the escalating violence in East Jerusalem between Palestinian demonstrators and Israeli forces.