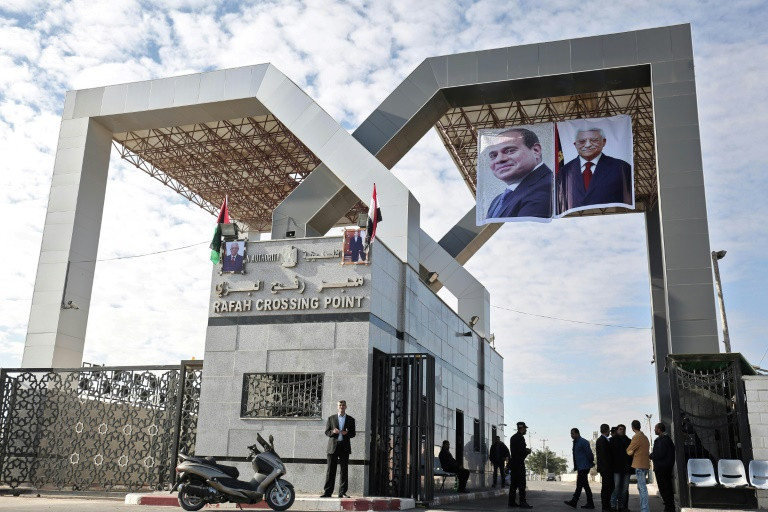 Hamas handed over control of the Gaza Strip's borders with Egypt and Israel to the Palestinian Authority on Wednesday in the first key test of a landmark reconciliation accord agreed last month.

The handover signalled that Islamist movement Hamas remained committed to a deal that would eventually see it give up full control of the Gaza Strip and bring an end to a 10-year rift with rivals Fatah.

It not only handed over control of the crossings, but also completely dismantled its own checkpoint along the border with Israel, leaving only the one operated by the Palestinian Authority (PA) there, with trucks carting away furniture and material.

A ceremony was held to formalise the handover at the Rafah border with Egypt.

"There is no yellow and green. All our Palestinian people are under the Palestinian flag," said Mufeed al-Husayna, a PA minister, referring to the flag colours of the political parties that signed last month's reconciliation deal.

Speaking at the Rafah ceremony, Husayna said: "We began today, under the directive of the prime minister (Rami Hamdallah), to exercise our duties by receiving all the crossings."

Palestinian and Egyptian flags were flying at the Rafah ceremony, alongside large pictures of PA president Mahmud Abbas, who is also the leader of Fatah, and his Egyptian counterpart Abdel Fattah al-Sisi.

At a separate checkpoint with Israel, an AFP photographer saw Hamas installations being dismantled and carted away, as PA and Hamas officials oversaw the handover.

Hisham Adwan, director of information for the Hamas crossings, told AFP that PA employees would have full control of the borders.

Under an Egyptian-brokered deal agreed on October 12, the PA is due to resume full control of the strip by December 1, with the borders the first test.

The agreement set November 1 as the deadline for handing over control of the borders. 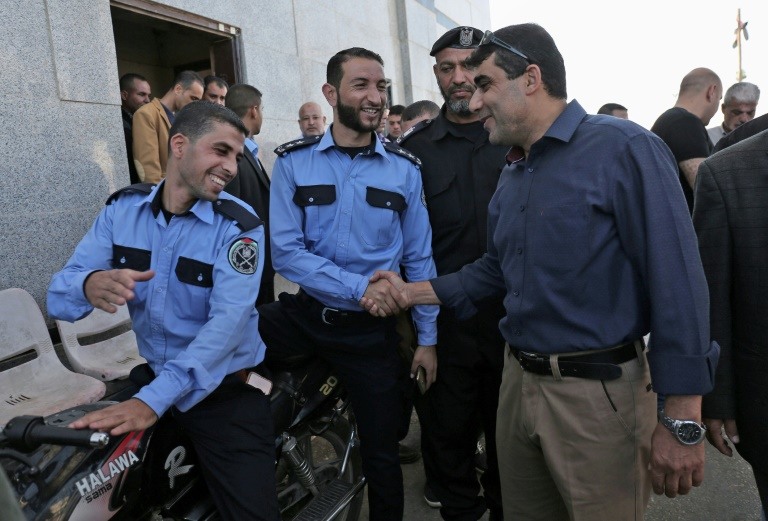 Many issues remain to be resolved, however, particularly the fate of Hamas's 25,000-strong armed wing.

Israel, which has fought three wars with militants in Gaza since 2008, has said it will not deal with any Palestinian unity government that includes Hamas unless the Islamist movement disarms and recognises the country, among other demands.

The United States has also called on Hamas to disarm and recognise Israel.

Hamas has ruled Gaza since 2007, when the Islamists seized control in a near civil war with Abbas's Fatah, based in the occupied West Bank.

Israel has maintained a blockade on Gaza for a decade, citing the need to control Hamas and stop it from obtaining weapons or materials that could be used to make them.

Egypt has largely closed its border as well. The Rafah crossing was not open on Wednesday despite the official handover.

Azzam al-Ahmad, Fatah's chief negotiator, told Palestinian media that the Rafah crossing would be opened on November 15, but there was no confirmation from Egypt.

The Gaza Strip's two million residents suffer from worsening humanitarian conditions, with only a few hours of power a day and a lack of clean water.

The reconciliation agreement has raised hopes that a more regular opening of the Egyptian border could ease humanitarian suffering.

"The return of the crossings should facilitate the lifting of the closures, while addressing Israel’s legitimate security concerns, and unlock increased international support for Gaza's reconstruction, growth, stability and prosperity," Nickolay Mladenov, the United Nations special coordinator for the Middle East peace process, said in a statement.

Israel's government had not responded, but a statement from the Israeli body responsible for affairs in the Palestinian territories said they would meet with PA officials in the coming days to discuss the new situation.

Multiple previous pushes for reconciliation have collapsed and an incident this week threatened to undermine the latest attempt.

On Monday, seven Palestinian militants were killed when Israel blew up a tunnel stretching from the Gaza Strip into its territory. Such tunnels have previously been used for attacks.

The incident raised fears the timetable could be delayed, but both the PA and Hamas stressed they remained committed to the agreement.