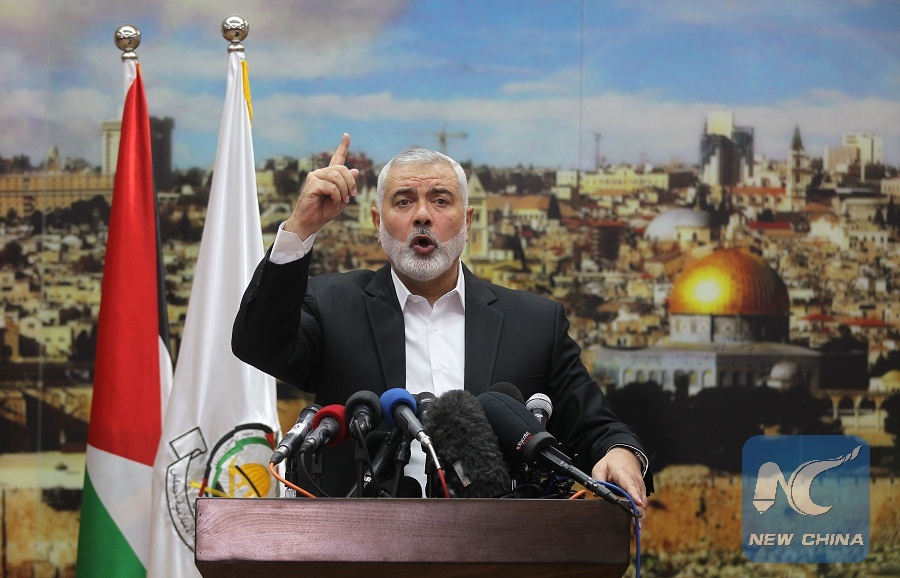 Hamas leader Ismail Haniya delivers a speech over US President Donald Trump's decision to recognise Jerusalem as the capital of Israel, in Gaza City on December 7, 2017. Photo: AFP

Head of Islamic Hamas movement Ismail Haneya said Saturday that it is possible that the US administration take more measures against the Palestinians, including recognition of Israel as a Jewish state.

Haneya addressed a local scientific convention early Saturday, where he slammed the recent US moves against Jerusalem and said "we have information that the US administration might take new decisions regarding Jerusalem and the Palestinian cause, which include recognizing Israel as a Jewish state."

Haneya urged the Arab and Islamic world to take actions against the "US plot."

US President Donald Trump's recognition of Jerusalem as the capital of Israel on Dec. 6 sparked a wave of tensions throughout the Palestinian territories.