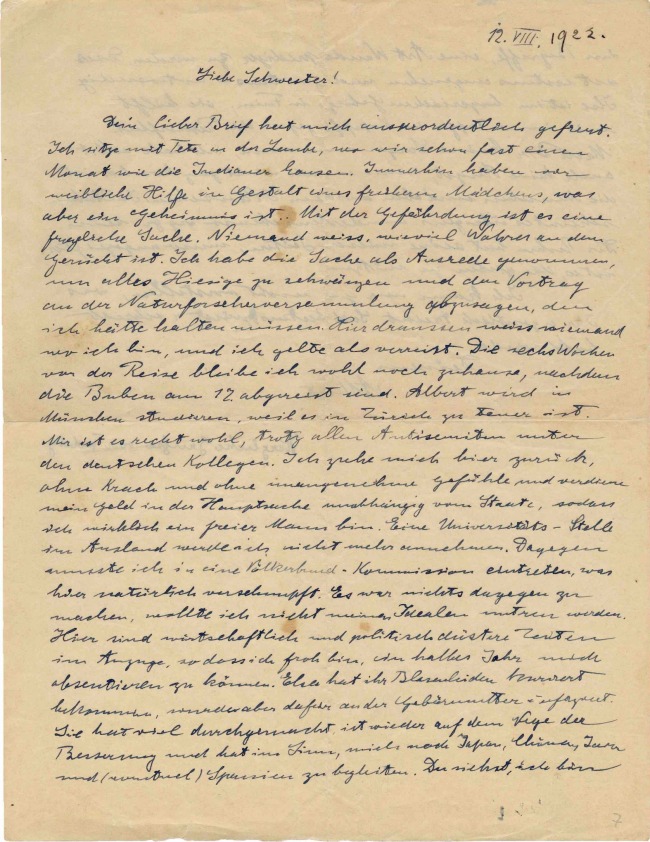 This undated photo released by the Kedem Auction House, shows a copy of a 1922 letter Albert Einstein wrote to his beloved younger sister, Maja. The previously unknown letter, brought forward by an anonymous collector, is set to go on auction next week in Jerusalem with an opening asking price of $12,000. In the handwritten letter, Einstein expressed fears of anti-Semitism long before Nazis'rise. [Photo:IC] 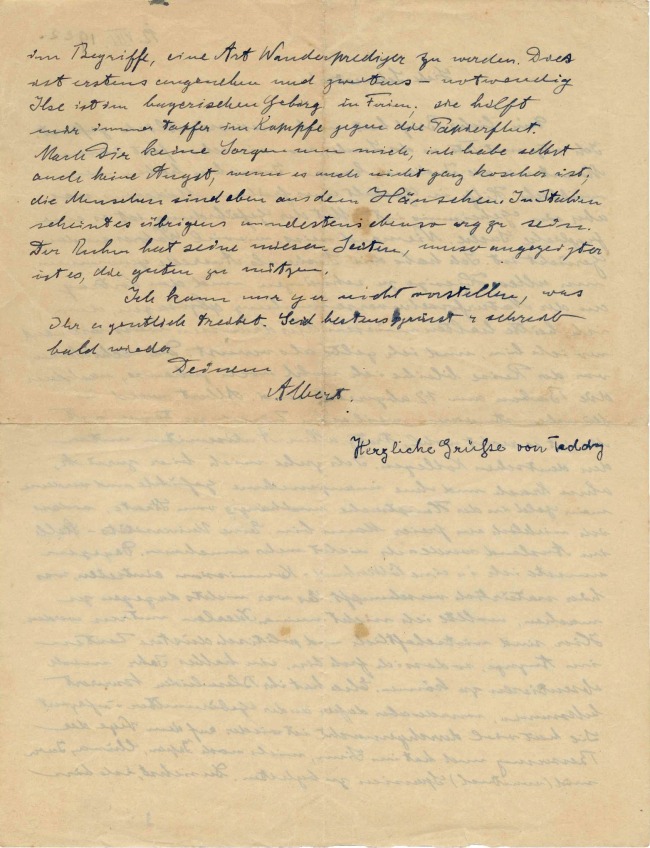 A handwritten letter written by Albert Einstein warning of the dangers of growing nationalism and anti-Semitism years before the Nazis rose to power has been sold for nearly $40,000.

The Kedem Auction House says the previously unknown letter, brought forward by an anonymous collector, fetched $39,360 in bidding in Jerusalem on Tuesday night.

Einstein wrote the letter to his sister after going into hiding in 1922 following the assassination of Germany's Jewish foreign minister by right-wing extremists. Police had warned

the Jewish scientist that his life could be in danger too.

"Here are brewing economically and politically dark times, so I'm happy to be able to get away from everything," he wrote.

Kedem says the letter was sold at roughly double its expected price.