HANOI, May 31 (Xinhua) -- Noi Bai International Airport in the Vietnamese capital Hanoi will stop receiving international arrivals from Tuesday, following the latest COVID-19 outbreak in the country, according to the Civil Aviation Authority of Vietnam. 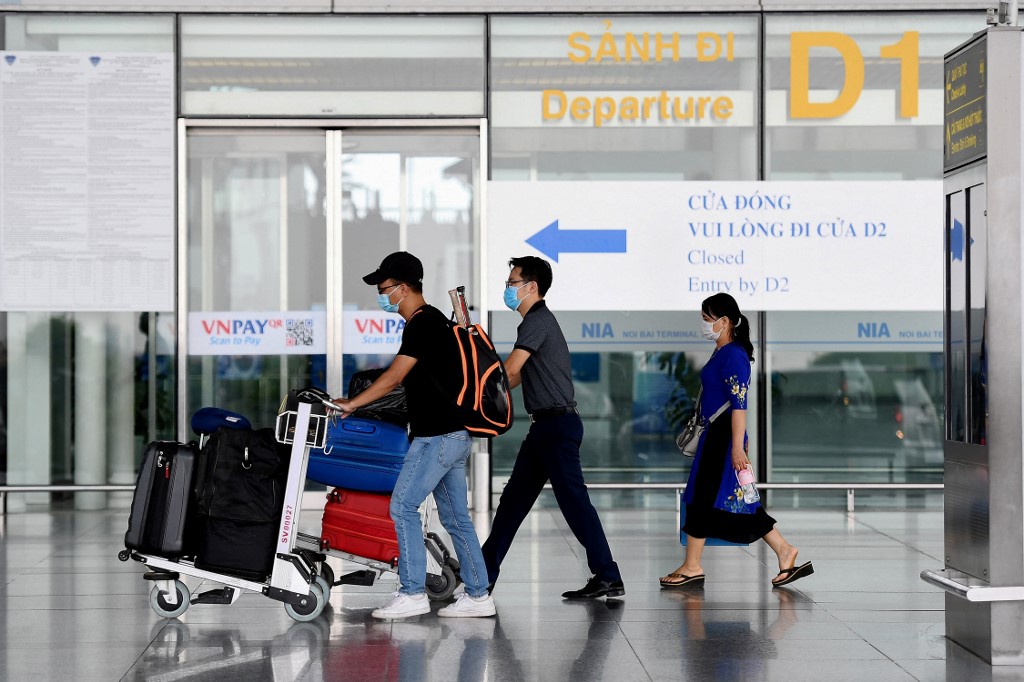 Passengers walk with their luggage at the departure terminal at Noi Bai International Airport in Hanoi on September 16, 2020. (File photo: AFP)

The suspension will last until at least June 7, while outbound flights will operate as normal, the authority said in an urgent notice.

It also decided to extend the suspension of international flights at Tan Son Nhat International Airport in southern Vietnam's Ho Chi Minh City, which was announced on May 27, by 10 days to June 14, according to Vietnam News Agency.

The decisions were based on directions of Vietnam's National Steering Committee for COVID-19 Prevention and Control, the news agency said.

Previously on May 25, Hanoi already suspended the in-store services at restaurants, cafes, hair salons and other public venues until further notice.

The city has recorded over 200 new COVID-19 cases since April 29, according to Vietnam News Agency.

As of 6 a.m. local time Monday, Vietnam had recorded a total of 5,665 domestically transmitted COVID-19 cases, including 4,095 detected since the start of the latest outbreak in late April, according to the country's Ministry of Health.