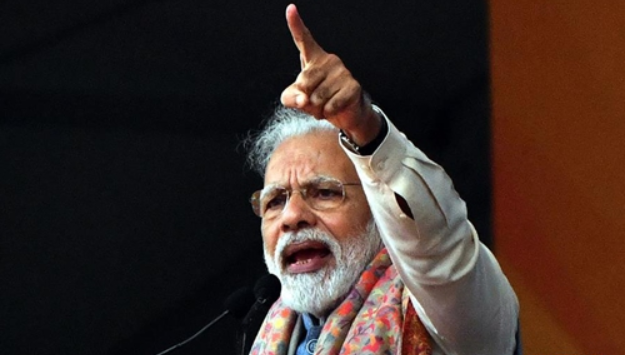 New Delhi will hold elections next month, officials said on Monday, in a key popularity test for Indian Prime Minister ­Narendra Modi's party as it reels from nationwide protests over a new citizenship law.

Modi's Bharatiya Janata ­Party (BJP) swept to a second term last year in national elections but the Indian capital has been governed since 2013 by the left-wing grass-roots Common Man Party (AAP).

Under pressure from a weak economy, the BJP has also fared badly in a string of recent regional elections, most recently in Maharashtra, home to Mumbai, and in Jharkhand in the east.

New legislation loosening citizenship rules for persecuted minorities, but not if they are Muslim, has sparked almost a month of protests and violence that has killed more than 25 people.

Islamic groups and critics at home and abroad charge that this forms part of Modi's aim to remould India as a Hindu nation and render its 200 million Muslims second-class citizens, something he denies.

More than 14 million voters in the sprawling, polluted city state of New Delhi will be eligible to cast ballots in the February 8 polls, with results expected three days later, the election commission said.

The AAP, led by Arvind Kejriwal, a former tax inspector who has modelled himself as a crusader for the underprivileged, won 67 out of 70 seats on offer in Delhi's last election in 2015.

Kejriwal, 51, has backed the protests and doled out free bus rides for women and cheaper utilities, while promising safe drinking water and a "shining Delhi."