WORLD Hard-hit Central America in crosshairs of another hurricane

Hard-hit Central America in crosshairs of another hurricane

Honduras, Guatemala and Nicaragua announced evacuations Friday as a second major hurricane in days closed in on Central America with the region still reeling from deadly storm Eta last week. 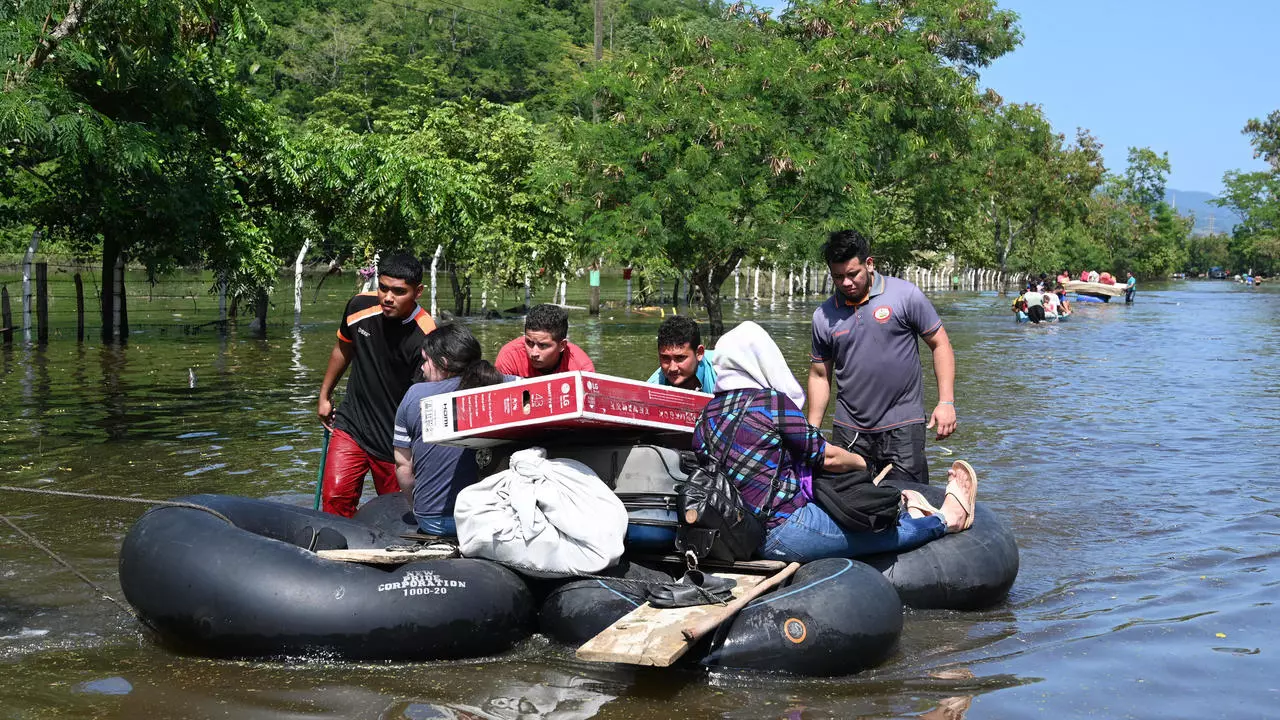 The US National Hurricane Center (NHC) in Miami has now confirmed that another major hurricane is approaching Honduras, Nicaragua and Guatemala, whose populations total more than 30 million.

The NHC forecasts Tropical Storm Iota to become a Category 2 or 3 hurricane as it moves into the same shell-shocked countries, hitting Nicaragua and Honduras by late Sunday or early Monday -- less than two weeks after Eta hit.

Authorities in Honduras on Friday ordered the evacuation by police and the army of people in the area of San Pedro Sula -- the country's second city and industrial capital, located 180 kilometers (110 miles) north of Tegucigalpa.

The San Pedro Sula valley was hit hard by Eta and about 40,000 people are still in shelters across the country.

In Nicaragua relief agencies began to evacuate some indigenous communities from the Coco River, on the border with Honduras, which could be affected by heavy rains and floods due to the storm.

"We are asking you to calmly prepare" for the hurricane that "threatens to cause floods and disasters," Rose Cunnigham, the mayor of Waspam, on the border with Honduras, urged the community over a local radio station.

Waspam authorities on Friday sent boats to evacuate the community in Cabo Gracias a Dios, the cape where the Coco River flows into the Caribbean along the "Mosquito Coast", and buses to transport people from the village of Bihmuna.

Guatemala's disaster management agency CONRED meanwhile called on residents in the country's most threatened areas in the north and northeast to voluntarily evacuate to shelters. It also recommended avoiding waterways and other risky areas.

"So it's to be expected that we will have more farming and infrastructure damage," he warned after meeting his Honduran counterpart, Juan Orlando Hernandez, in Guatemala City.

Eta hit the Caribbean coast of Nicaragua as a Category 4 storm and was one of the strongest November storms ever recorded.

Warmer seas caused by climate change are making hurricanes stronger for longer after landfall, increasing the destruction they can wreak, scientists say.

Guatemala's Giammattei on Friday accused industrialized nations of being responsible for the catastrophes caused by climate change that are ravaging the area.

"Central America is one of the regions where climate change is felt the most," he told reporters.

The region is hit by "catastrophic floods, extreme droughts and the greatest poverty" but nonetheless receives "the least help on behalf of these industrialized nations", he said.

This year's hurricane season has seen a record 30 named tropical storms wreak havoc across the southeastern United States, the Caribbean and Central America.

The NHC was even forced to switch to the Greek alphabet after 2020's storms exhausted its list of Latin names.