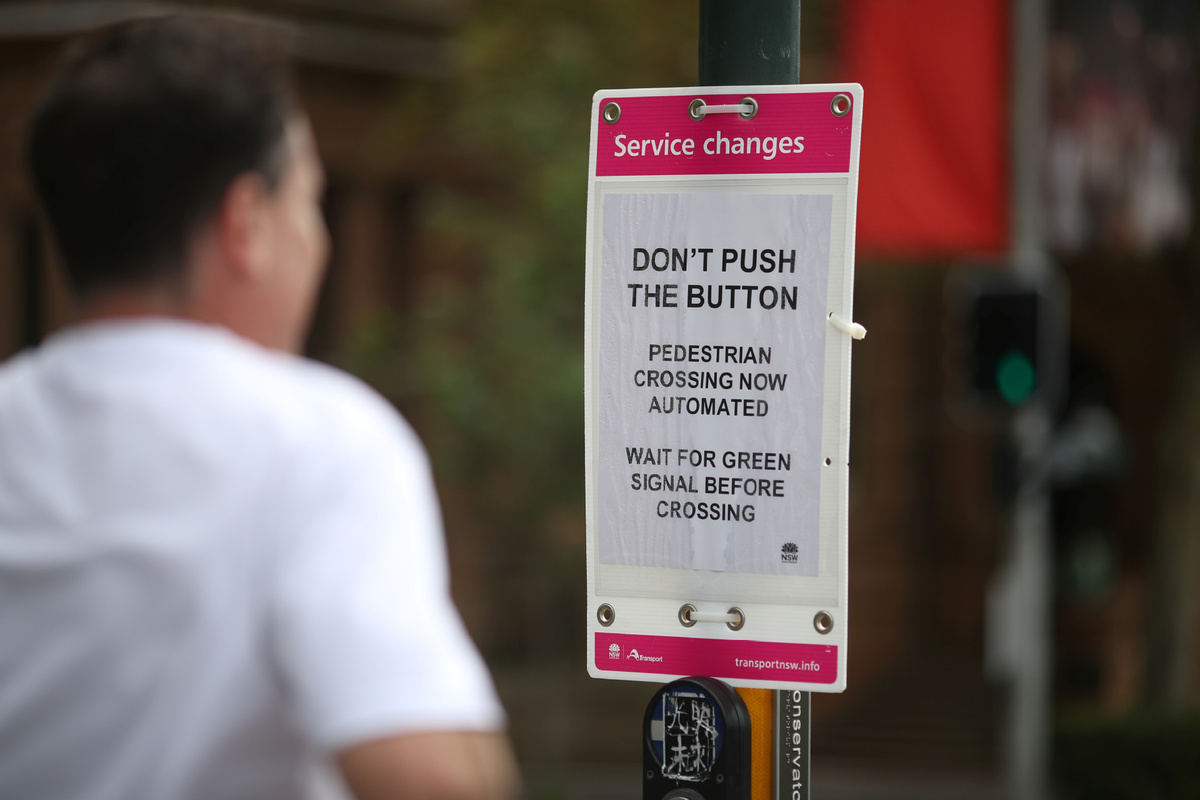 A jogger moves past a sign telling people not to push the crosswalk button in the city centre of Sydney, after New South Wales implemented measures shutting down non-essential businesses and moving toward harsh penalties to enforce self-isolation as the spread of coronavirus disease (COVID-19) reached what the state's premier calls a "critical stage" in Australia, March 26, 2020.

Since late February, NSW has clocked up over 3,050 cases of COVID-19, mostly in the capital city Sydney, with just under 7,000 confirmed cases nationwide.

Close to 700 of NSW's total cases were linked to the Ruby Princess cruise ship which docked in Sydney in March and released hundreds of infected passengers directly into the community.

There were also two significant outbreaks at Sydney nursing homes, including Newmarch House, which as of Tuesday had recorded at least 16 deaths, and 69 confirmed cases.

NSW Premier Gladys Berejiklian described the lack of new infections as a positive milestone but said that there were likely cases within the community yet to be detected.

"We know that there will be people walking around today in the community that will have the virus," Berejiklian said.

"It's our job to make sure that we identify them so if you have the mildest symptoms, please come forward and get tested."

Just over 6,000 tests were administered on Monday, which Berejiklian said she would like to see increase.