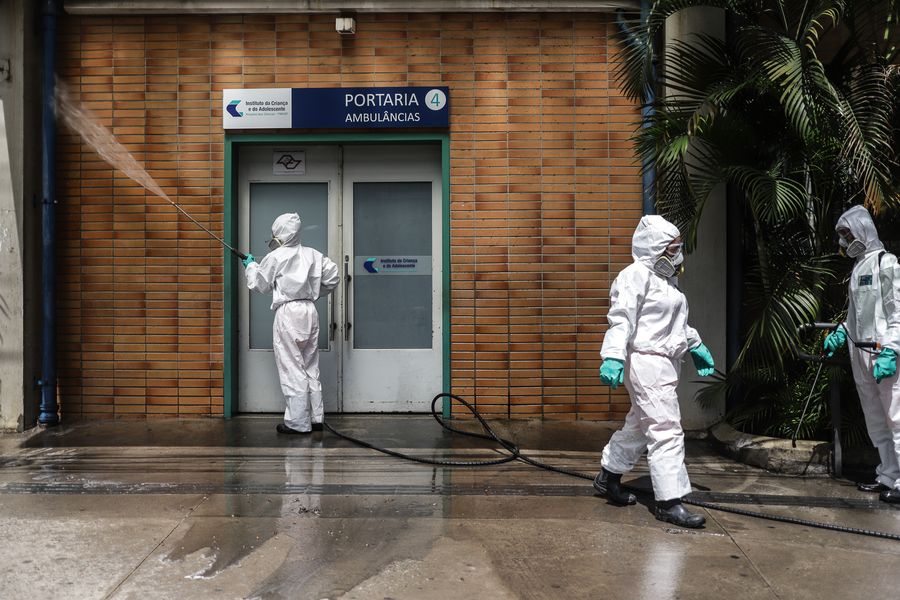 "There will be an extension starting Wednesday, April 8 until the 22nd," said Doria, adding measures to step up social distancing could also be announced.

"No gatherings of people will be allowed," said Doria, warning "the police will be able to take action to prevent people from gathering in public places."

Of Brazil's total number of 486 fatalities from the virus as of late Sunday, 275 were in Sao Paulo, which is home to 46 million people.

The state has also registered 4,620 cases of infection out of the 11,130 reported nationwide.

Doria called on business owners "not to fire employees" during this time and thanked companies for donating funds to deliver baskets of basic foods to the state's neediest.

State Health Secretary Jose Henrique German told reporters at a press conference that without the measures put in place on March 24 to limit mobility and contact among residents, the current number of cases could be 10 times higher.