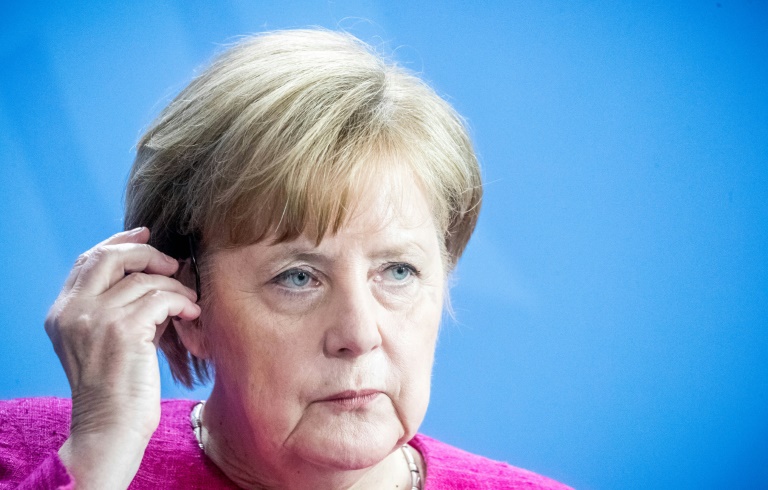 Hardliners in Chancellor Angela Merkel's conservative bloc on Monday gave her a two-week ultimatum to tighten asylum rules or risk pitching Germany into a political crisis that would also rattle Europe, as US President Donald Trump poured fuel on the fire.

A defiant Interior Minister Horst Seehofer warned that he would give Merkel a fortnight to find a European deal to curb new arrivals by a June 28-29 EU summit, failing which he vowed to order border

police to turn back migrants.

But Merkel immediately rejected the threat, saying there would be "no automatism" if no European deals were found, and warning Seehofer and his Bavarian CSU party that she is ultimately in charge of government policies.

The sharp escalation of tensions between Merkel and her long-time Bavarian allies came with EU nations once again at loggerheads over immigration, triggered by Italy's refusal this month to allow a rescue ship carrying 630 migrants to dock.

Seehofer has been one of the fiercest critics of Merkel's liberal stance, under which over one million asylum seekers have been admitted into the country since 2015.

Wading into the crisis, Trump tweeted: "The people of Germany are turning against their leadership as migration is rocking the already tenuous Berlin coalition.

"We don't want what is happening with immigration in Europe to happen with us!"

'No grip' on migration '

Popular misgivings over the migrant influx have given populist and anti-immigration forces a boost across several European nations, including Italy and Austria where far-right parties are now sharing power.

In Germany, voters in September's election handed Merkel her poorest score ever, giving seats for the first time to the far-right anti-Islam AfD.

Several high-profile crimes by migrants have also fuelled public anger. They include a deadly 2016 Christmas market attack by a failed Tunisian asylum seeker and the rape-murder in May of a teenage girl, allegedly by an Iraqi.

Stressing that Germany must change direction on immigration, Seehofer said: "I cannot say that we have a grip on the issue."

Seehofer, who took on the interior ministry portfolio less than 100 days ago, said he had only recently learnt that migrants who had already been denied asylum by Germany and been issued re-entry bans were still being allowed back in.

"In essence, that is a scandal," he said, promising to reverse the practice immediately.

He also wants to close the border to new arrivals who have previously been registered in another EU country -- often their first port of call, usually Italy or Greece.

With an eye on October's Bavaria state election, the CSU is anxious to assure voters that it has a roadmap to curb the migrant influx.

"We must send a signal to the world: it's no longer possible to just set foot on European soil in order to get to Germany," a leading CSU figure, Alexander Dobrindt, told the party meeting.

But Merkel says that would leave countries at the EU's southern periphery alone to deal with the influx. Instead, she wants to find a common European solution at the EU summit in Brussels.

"Turning away migrants at our borders at the heart of Europe will lead to negative domino effects that could hurt Germany, and put into question European unity," she warned.

Merkel now faces the challenge of persuading EU governments to sign up to a common plan on the migrants.

Central and eastern EU nations such as Hungary and Poland have either refused outright or resisted taking in refugees under an EU quota system.

A populist-far right government in Italy and the conservative-far right cabinet in neighbouring Austria have also taken an uncompromising stance.

Merkel, asked at a press conference what Berlin can offer other EU countries in return for cooperation to stem the influx, cited the EU-Turkey deal in which the bloc paid Ankara for housing and schooling refugees.

Her talks later Monday with Italian Prime Minister Giuseppe Conte in Berlin could prove crucial if she is to have any chance of forging an agreement in Brussels.

On Tuesday, she will also meet French President Emmanuel Macron in Germany.

Berlin is also reportedly preparing to call a meeting between Merkel and the leaders of several EU frontline nations in the migrant crisis ahead of the EU summit.

"It would be almost a miracle if she emerges a winner from the next EU summit," Welt daily said.

But the chancellor may have no choice, given Seehofer's vow to launch the nuclear option of shutting Germany's borders in defiance of her -- an act of rebellion which would force his sacking.

That "would be the end of the government and the alliance between CDU and CSU," an unnamed CDU source told Bild.