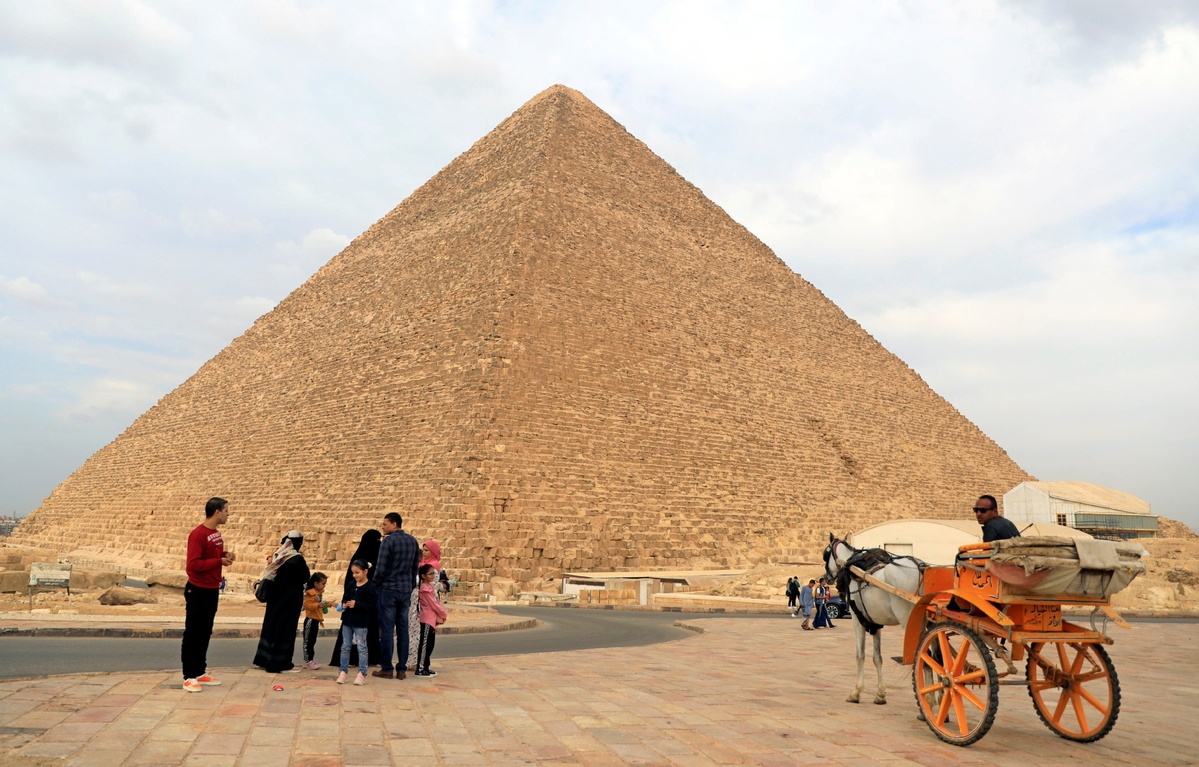 A horse cart guide waits for customers next to the pyramid of Khufu or "Cheops" at the Giza pyramids plateau in Giza, Egypt, Nov 15, 2020. (Photo: Agencies)

QENA, Egypt－The illegal digging for antiquities across Egypt has more than doubled since the outbreak of COVID-19 in the North African country, especially in villages of the southern provinces, as jobs lost in the pandemic fostered the myth of easy wealth, officials said.

"The Egyptian interior ministry has reported 8,960 cases of illegal digging in several provinces in the south of Egypt from March to the end of November in 2020, against 4,115 in the previous year," said Adel Abdel-Azeem, former assistant to the interior minister in the Upper Egypt region.

The secret excavation for antiquities at home is spreading in the villages of Upper Egypt. This has led to some important archaeological discoveries by the Ministry of Antiquities and Tourism after the police were tipped off about the illegal digging.

The layoffs of employees to control the spread of the coronavirus, especially in the tourism sector, contributed to the phenomenon and reflects the popular idea of making big money easily, he explained.

Unfortunately, most of such excavations inside the old houses have resulted in the collapse of homes, killing and wounding people, said Abdel-Azeem.

Abdel Hakeem al-Saghir, chairman of Dendera Temple complex in Qena Province, said the closure of archaeological sites during curfew encouraged nearby residents to excavate under their houses in the late hours of the night.

He also pointed out that 99 percent of the illegal digging resulted in no findings, but resulted instead in people killed due to the collapse of deep tunnels dug under houses without any scientific tools.

Al-Saghir said the ministry of antiquities has doubled the number of security men around the temples and museums to arrest those digging. They held sessions in schools and youth centers to raise public awareness about the importance of protecting cultural relics.

Tightening security alone, however, is not enough to tackle the problem, noted Abdel-Azeem. Many Egyptians do not see the diggings as a crime because of an ultraconservative religious view that benefiting from treasures under houses is legitimate.

Egypt amended the criminal law in 2018 to punish those charged with illegal digging, looting, or even posting advertisements on antiquities with three to 25 years in prison and a maximum of 10 million Egyptian pounds ($640,000) in fines.

"Illegal excavation of antiquities is a crime. So are the sales of the smuggled artifacts in auctions," said Shaaban Abdel-Gawad, head of the ministry's Antiquities Repatriation Department.

Egypt is negotiating with Sudan, Libya and Greece, as well as some Gulf states over bilateral deals to ban the smuggling of Egyptian antiquities, said Abdel-Gawad.

The Ministry of Antiquities and Tourism has been working on a national project of barcoding and registering all antiquities across the country so they can be traced with Interpol, he said.