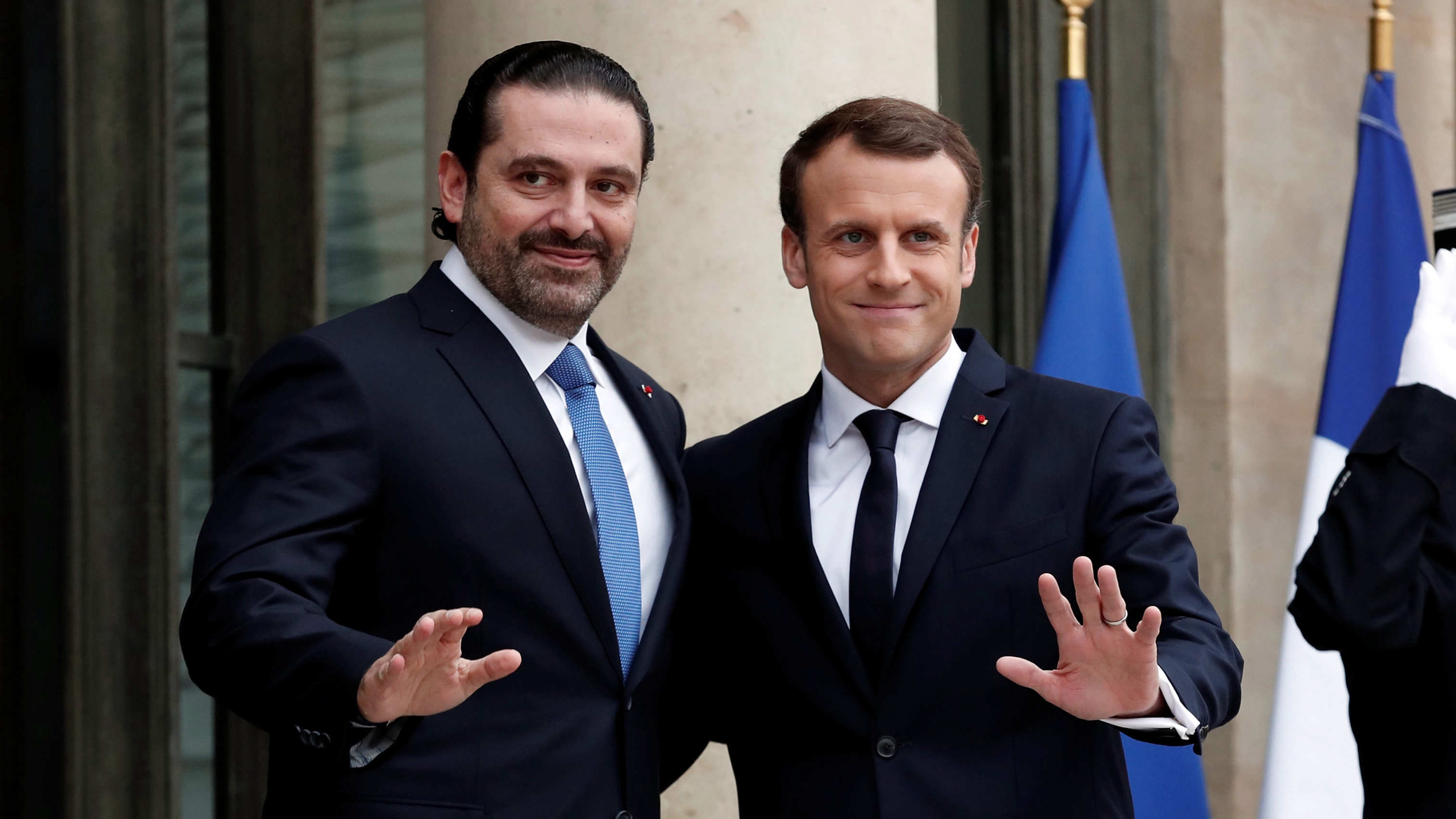 Lebanese Prime Minister Saad Hariri is meeting with French President Emmanuel Macron in Paris after a tense stay in Saudi Arabia that unleashed fears of a new political crisis in Lebanon.
Hariri arrived Saturday in France on Macron's invitation, and pulled up to the Elysee Palace courtyard in a convoy before being greeted by the French leader on the steps.
It's Hariri's first appearance outside Saudi Arabia since he made a strange resignation announcement Nov. 4 that some feared was Saudi-engineered. Hariri insisted that he was not a Saudi hostage.
Lebanese state-run National News Agency says Hariri told Lebanese President Michel Aoun that he would return for independence day ceremonies Wednesday. Macron has sought to mediate in the crisis. France has centuries old ties to Lebanon.