WORLD Hariri says to return to Lebanon in next two days

Hariri says to return to Lebanon in next two days 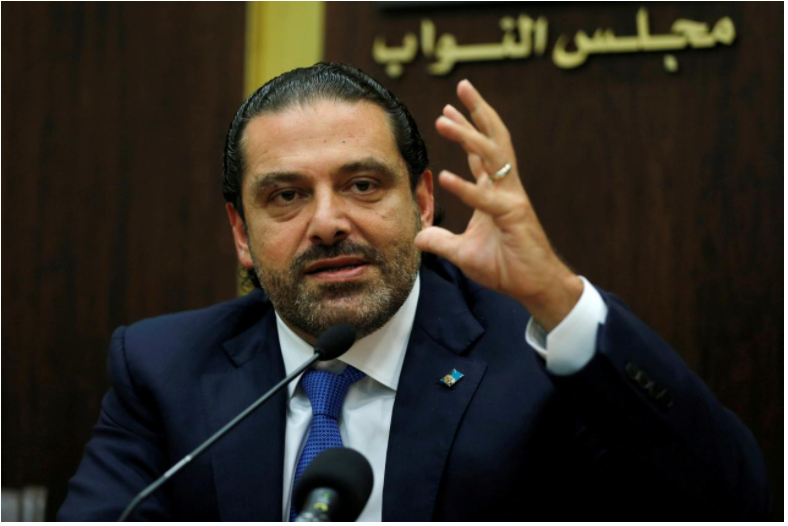 Saad al-Hariri will return to Lebanon from Saudi Arabia within two days, he said on Tuesday, 10 days after his shock resignation as prime minister in a broadcast from Riyadh.

Writing on Twitter, Hariri said he was well and that his family was staying in Saudi Arabia.

His abrupt resignation on Nov. 4 sent Lebanon spinning into political crisis and back onto the front line of the Middle East power struggle between Saudi Arabia and Iran.

It has long been a foe of Hariri but is part of the coalition government he formed last year and called for his return.

In his resignation he made bitter attacks on both Iran and Hezbollah, and top Lebanese officials and politicians close to Hariri have said Saudi Arabia coerced him to resign, dictated his statement and have held him under house arrest.

Riyadh and Hariri have both denied that. Hariri is a political ally of Riyadh and holds Saudi nationality. He cited a fear of assassination and Hezbollah’s “sowing strife” in the Arab world as his reasons for stepping down.

Riyadh and Hariri both oppose Hezbollah’s military role in Syria, fighting alongside President Bashar al-Assad, and what they allege is its participation in Yemen’s civil war alongside the Houthi group against a Saudi-led coalition.

Hezbollah denies having a role in the Yemeni conflict.

Lebanese President Michel Aoun has said he will not accept Hariri’s resignation until he returns to Beirut to formally submit it. Analysts say that when Hariri does so, members of parliament will nominate him to serve as prime minister once again, and Aoun will ask him to form a new government.

That would open the door to a long period of political talks like those which preceded the formation of the national unity government that made Hariri prime minister a year ago.

Hariri is expected to call on Aoun to convene high-political dialogue on key issues facing Lebanon, chiefly on reaffirming the tiny country’s policy of staying out of regional conflicts and Hezbollah’s role in conflicts outside Lebanon’s borders, senior political sources say. 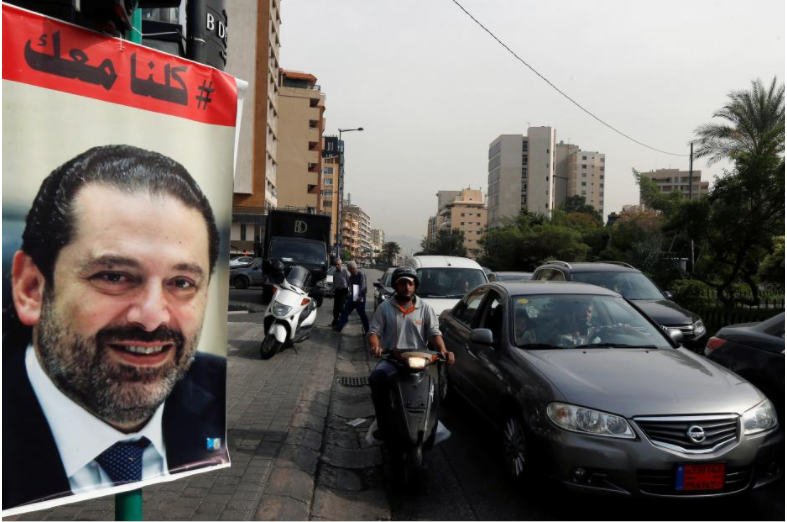 Any attempt to keep Hezbollah out of the government, in line with Saudi wishes, will torpedo the talks, political sources say. Riyadh regards Hezbollah as a terrorist group.

Hariri warned on Sunday in his first interview since resigning of possible Gulf Arab sanctions against Lebanon and of the livelihoods of the 300,000-400,000 Lebanese in the Gulf.

After Hariri’s resignation, Saudi Arabia accused the Lebanese government of declaring war on it because of Hezbollah’s pivotal role in Lebanese politics.

However, Riyadh’s Western allies have struck a tone different from Saudi Arabia, appearing to throw their weight behind both Hariri and the Lebanese state, whose army is a major recipient of U.S. aid.

Sources across Lebanon’s political divide have said Hariri struck a more compromising tone in his interview than in his resignation statement, at one point holding out the possibility of rescinding his decision to quit.

They say this represents a retreat by Saudi Arabia, attributing it to Western pressure.