WORLD Harry and Meghan to enjoy six-week 'family time' in US, UK

Harry and Meghan to enjoy six-week 'family time' in US, UK

Prince Harry and Meghan Markel, the Duke and Duchess of Sussex, will take a six-week break from mid-November and enjoy their family time in the U.S. and UK, the Sunday Times reported. 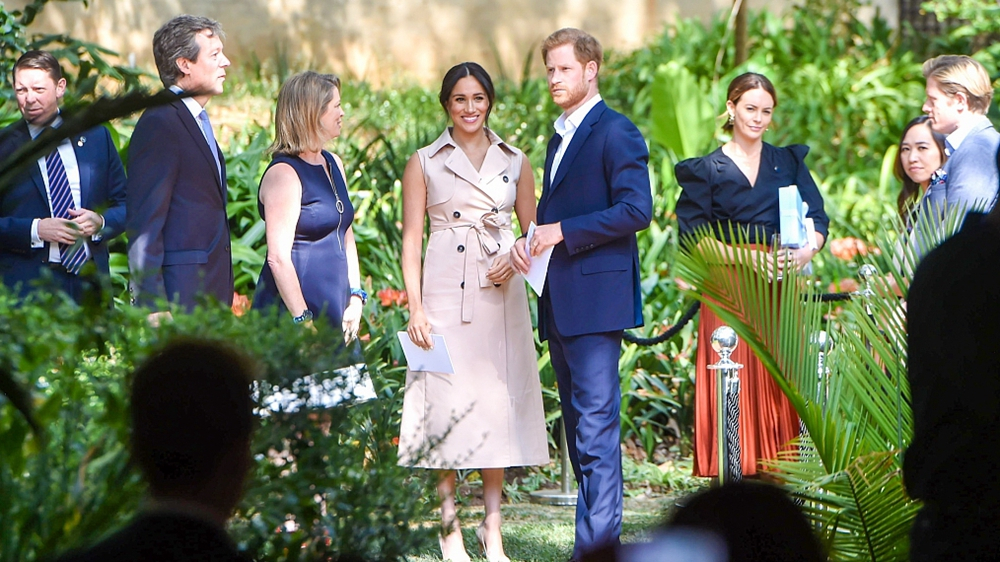 Prince Harry and Meghan Markle are seen during a visit to a township to learn about Youth Employment Services in South Africa, October 2, 2019. (Photo: VCG)

The royal couple is reported to continue their current run of engagements and commitments for a few more weeks before taking the break.

This "family time" break was thought to be a precursor to the couple's rumored relocation to Africa. However, in the released footage of a documentary about the royal couple's recent South Africa tour, Prince Harry admitted it was unlikely to relocate to Africa. The documentary is set to air on Wednesday.

Harry was reported to say that he doesn't know where they could live in Africa at the moment, though he admitted that Cape Town would be an amazing place for them to be able to base themselves.

Harry and Meghan are expected to take their son, Archie, to the U.S. to spend their first Thanksgiving in Los Angeles with Meghan's mother Doria Ragland during the break, according to the Times.