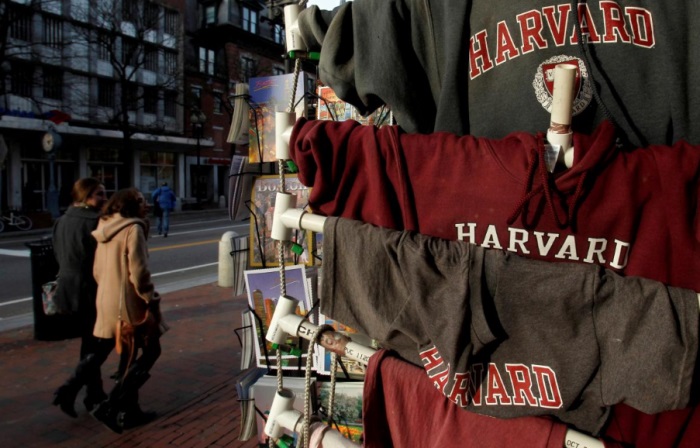 BOSTON－Even though they bring stronger academic records than any other racial group, Asian-Americans who apply to Harvard University face the lowest acceptance rates, according to a study of admissions records filed by a group that's suing the school over alleged discrimination.

The group, Students for Fair Admissions, says Harvard routinely assigns lower scores to Asian-American students in subjective rating categories meant to measure attributes such as likability, courage and kindness, putting them at a major disadvantage compared to white students.

Edward Blum, a legal strategist who founded the group, issued a statement saying the filing "exposes the startling magnitude of Harvard's discrimination".

Harvard blasted the study in an opposing court filing and submitted a countering study that found no evidence of bias.

In a statement, the school called the lawsuit an attack on its ability to consider race in admissions, which it says is necessary to gather a racially diverse mix of students.

"Harvard will continue to vigorously defend our right, and that of other colleges and universities nationwide, to seek the educational benefits that come from a class that is diverse on multiple dimensions," the school said.

The studies were filed in Boston's federal court as both sides attempted to persuade a judge to end the suit before it reaches trial, which has been scheduled to start in October.

Both sides built their cases on six years of admissions decisions at Harvard. According to the filings, each applicant is assigned a numerical value in four categories－academic, extracurricular, athletic and personal－along with an overall score that's meant to be comprehensive but isn't based on any particular formula.

Ultimately the decision comes down to a committee of 40 people who review each applicant.

The study found that if Harvard relied only on the academic scores, more than half of admitted students would have been Asian-American over the six years. Instead, they made up 22 percent.

Harvard countered that the study was never intended to evaluate possible discrimination and that it was "incomplete, preliminary and based on limited inputs".