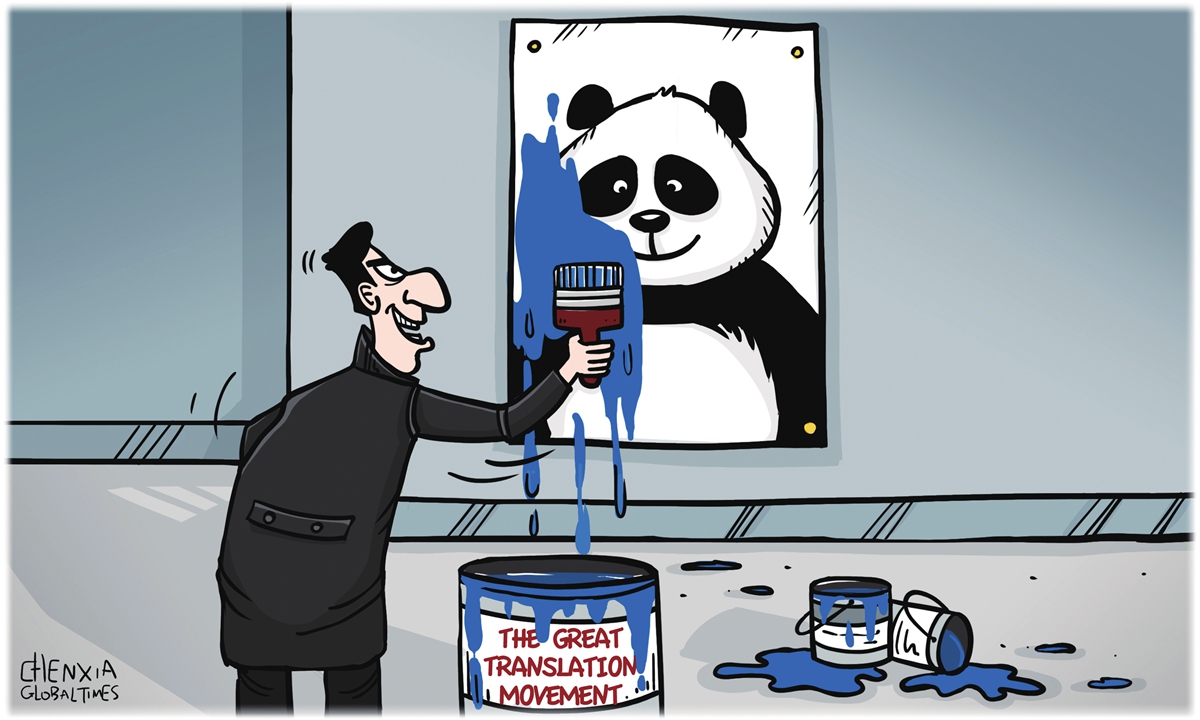 Twitter has suspended the notorious account of "The Great Translation Movement," which, aimed at fanning hatred, selectively translates extreme comments by some Chinese netizens and spreads them disproportionately overseas, as it "violates Twitter rules."

Although Twitter did not offer specific reasons for suspending the account, it listed a number of acts including violence, harassment and other similar acts that should not be conducted on the platform.

"The Great Translation Movement" is a malicious smear campaign against China, which surfaced in overseas social media platforms in March and triggered wide criticism not only from Chinese netizens but also among overseas users, as the participants of this "movement" focus on selecting niche and radical comments from the Chinese internet, which the participants claim show the so-called true face of Chinese netizens, and magnifying them overseas to spread hatred and racism toward China and Chinese people.

The image of China and Chinese people in their depiction is arrogant and cruel as they handpick only extreme comments.

It's not the first time the account has been suspended. According to media reports, it was suspended at least once previously.

The Global Times found that the coverage they "translated" has expanded to various controversial topics, like defaming Chinese people's attitude toward a certain country, or provoking arguments over the origin of pickles between Chinese and South Korean netizens.

There are rules for posting information on Twitter, and users are not allowed to post hatred, inflammatory comments or remarks with a racial and discriminatory nature. If the account is reported to the platform and the violations are confirmed, the account could be suspended, Shen Yi, a professor at the School of International Relations and Public Affairs of Fudan University, told the Global Times on Friday.

When a Twitter account is deemed by the platform to be in violation of US laws, there are examples of the account being suspended, such as the case of former US president Donald Trump, Shen pointed out.

The suspension of the "movement" has been welcomed by many Chinese netizens on both domestic and overseas platforms, as the account handpicked and spread only extreme comments from netizens and aimed to fan anti-China sentiment overseas, with many calling on such a malicious account to be permanently banned.

Netizens noted that they had reported the account many times and urged Twitter to suspend it, but Twitter, which had been under criticism for adopting double standards on posts on China, responded slowly.