HAVANA, Jan. 29 (Xinhua) -- Seen from above, the streets in south Havana hit Sunday by a rare tornado appear to have been cut by a giant blade, leaving behind piles of debris and lines of damaged buildings. 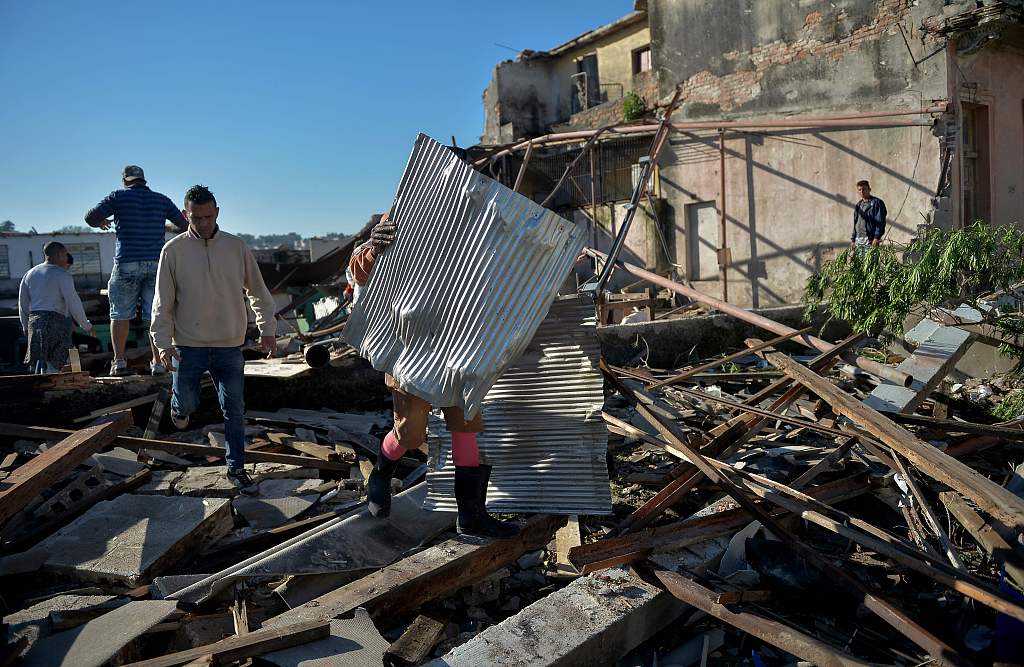 Residents help to clear the streets, two days after the passage of a tornado in Havana, on January 29, 2019. (Photos: VCG)

The unexpected violent gust has so far caused four deaths and left 195 injured with 12 in serious condition.

After the painful initial shock, Havana's residents are now recovering from the damage caused by the tornado, which traveled 11.5 km in 16 minutes.

Brigades from several provinces have arrived in Havana with necessary equipment to work in the restoration of telephone, power and water services.

In Regla, one of the most affected boroughs and home to more than 40,000 residents, trucks and mechanical shovels were collecting debris.

"I still do not believe what has happened to us," said Lourdes Jimenez, using a broom to clean the sidewalk in front of her home, which only suffered minor damage.

The lady moved the broom with a certain fury, as if with the cleaning she could also erase the memories of an inconceivable disaster, which took by surprise not only the Havana residents, but all Cubans. 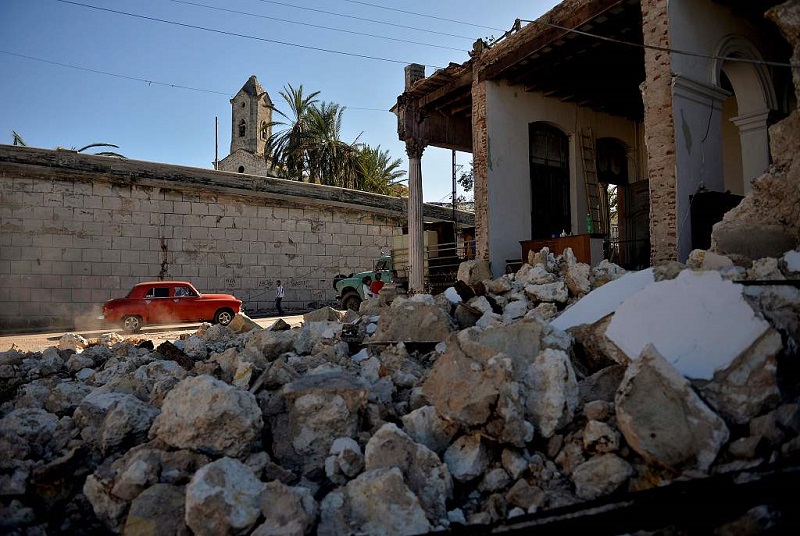 View of the debris of a destroyed house two days after the passage of a tornado in Havana, on January 29, 2019.

Later, in a street that appeared to have been bombed, Alberto Gonzalez, with a somber and distant expression, carried two buckets of drinking water from one of the tank trucks deployed by the government.

At the nearby oil refinery, workers were removing the remains of several large storage tanks which were torn from the base and squeezed like oranges.

In the battered Luyano neighborhood of the borough of October 10th, several military personnel were cleaning the streets and removing the debris and uprooted trees.

The work of the military was greatly appreciated by the neighbors.

"We must begin to collect all the experiences that this tornado left us to incorporate them into the plans for disaster prevention and reduction," said Cuban President Miguel Diaz-Canel at an emergency meeting with his cabinet.

Although a tornado is almost unpredictable, it is assured that the Cuban Civil Defense will update its plans.

Tornadoes are not common in Cuba. The worst in history hit the country's western town of Bejucal in December 1940.

Cover image: A bulldozer is used to clean up the streets of Luyano neighbourhood, in Havana two days after the passage of a tornado, on January 29, 2019.