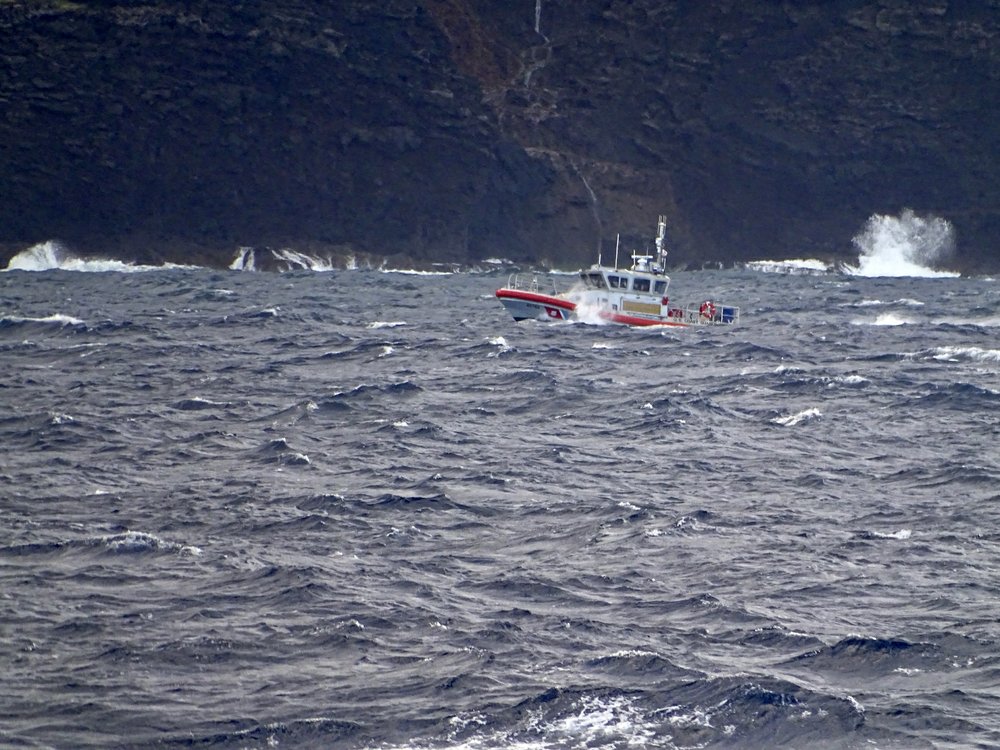 FILE - In this Dec. 27, 2019 file photo released by the U.S. Coast Guard, a coast guard vessel searches along the Na Pali Coast on the Hawaiian island of Kauai after a tour helicopter disappeared with seven people aboard. (Photo: AP)

The pilot in the December crash of a Hawaii sightseeing helicopter that killed him and six passengers previously lost his professional license for a year because of drug use, officials said.

Matero and the passengers died when the helicopter crashed Dec. 26 on a remote mountain ridge of Kauai island.

A hiker who was about 1.5 miles (2.4 kilometers) away from the crash site told investigators that visibility was only about 20 feet (6 meters) at the time because of fog and rain, according to a preliminary report released by the National Transportation Safety Board.

The FAA issued commercial and private pilots licenses to Matero, along with “special-issuance” medical certificates.

“A special-issuance medical certificate enables (the FAA) to limit the validity of the certificate to a shorter-than-normal time period, and to require the pilot to provide information showing that they are continuing to successfully address a medical condition,” Gregor said in an email to The Associated Press Thursday. “Pilots who continue to demonstrate sobriety for an extended period can get regular medical certification.”

The FAA issued Matero a standard certificate in 2012.

The FAA could not immediately provide details about what kind of drugs Matero tested positive for.

The pilot was rehired and returned to flight duty after completing a substance abuse treatment program and receiving his renewed licenses, Matt Barkett, a Safari spokesperson, told The Garden Island newspaper.

Matero had flown about 5,000 hours since that time in compliance with federal regulations, Barkett told The Garden Island.

Barkett did not respond to questions from The Garden Island about the decision to reinstate a pilot after failing a drug test.

Calls and emails from The Associated Press Thursday seeking comment from Safari Helicopters and their spokesman were not immediately answered.