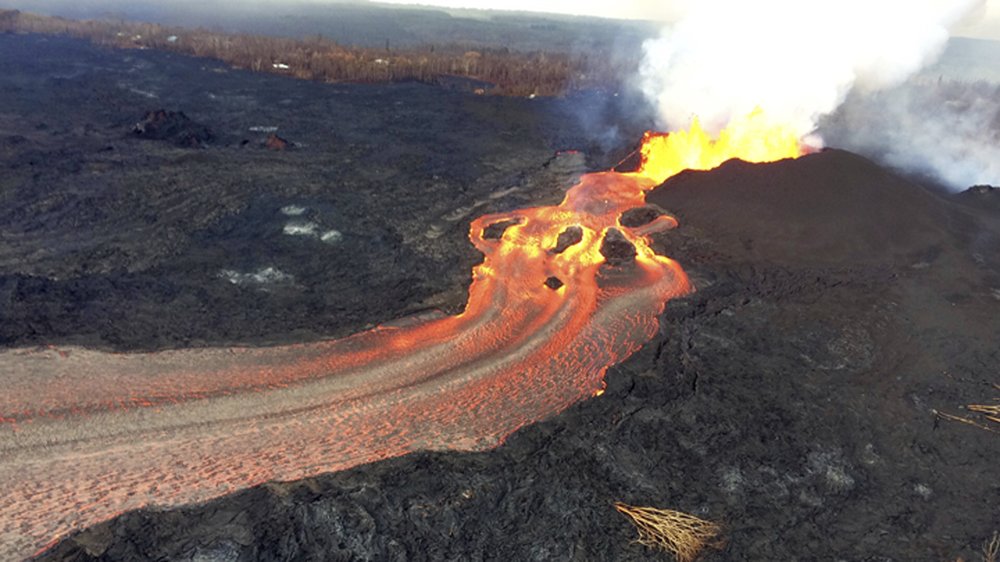 In this Sunday, June 10, 2018 photo from the US Geological Survey, fissure 8 below Kilauea Volcano continues to erupt vigorously with lava streaming through a channel that reaches the ocean at Kapoho Bay on the island of Hawaii. (Photo: AP)

Hawaii police say a 71-year-old man who had been missing for several days was found dead in an underground tube formed by lava.

Police say it appears Robert Hisashi Nishimoto accidentally fell into the tube through a soft area on his property in Hilo on the Big Island.

Lava tubes are formed where lava once flowed and then hardened.

Firefighters responded to a report Monday about the missing man. They rappelled into the lava tube and found his body about 22 feet (6.7 meters) down.

He was taken to a hospital where he was pronounced dead.