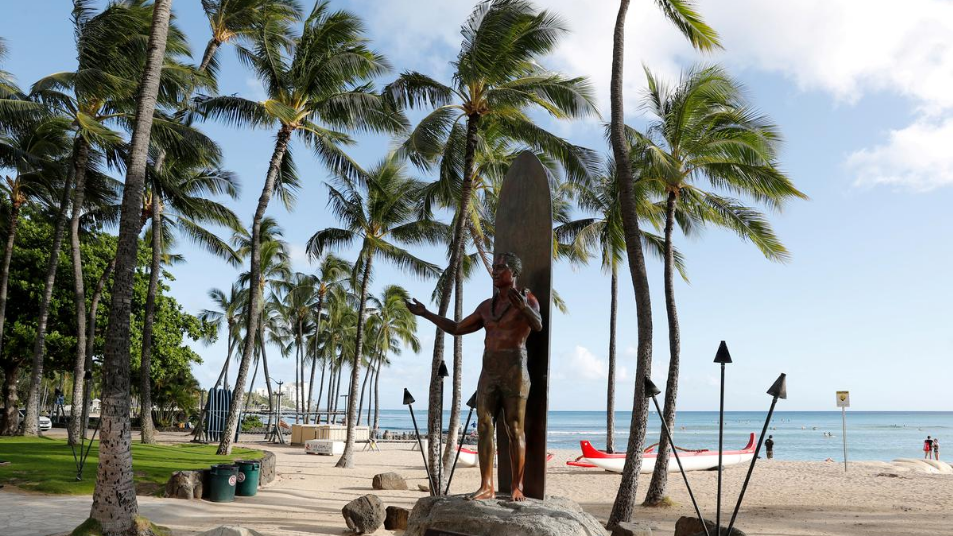 Waikiki Beach is pictured nearly empty due to the business downturn caused by COVID-19, Hawaii, the U.S., April 28, 2020. (Photo: Agencies)

Hawaii will implement a pre-travel COVID-19 testing option for travelers to the U.S. state as an alternative to a two week travel quarantine, its governor said, hours after the Department of Justice (DOJ) backed a lawsuit challenging the quarantine.

Tourists to Hawaii will be exempted from the quarantine rule upon arrival from different states if they carry a valid coronavirus test result prior to the visit, Governor David Ige said late on Wednesday.

"Beginning August 1, we will be implementing pre-travel testing program for travelers to Hawaii as an alternative for 14-day mandatory quarantine," Ige said in a briefing.

The current 14-day mandatory quarantine for everyone traveling into the state began in March, with the governor later extending it until the end of June.

Earlier on Wednesday, the DOJ gave its support to a lawsuit challenging the state's coronavirus measures, saying visitors are being denied rights granted to most island residents. The lawsuit was filed by Nevada and California residents who own property in Hawaii.

Tourism is a big part of Hawaii's economy, more than 10.4 million visitors came to the islands last year, supporting some 216,000 jobs in a population of around 1.4 million, according to the state tourism authority.

The state at one point considered sweeping use of GPS-enabled ankle bracelets or smartphone tracking apps to enforce stay-at-home orders given to arriving air passengers.

However, that plan was put on the back burner after the Hawaii attorney general's office raised concerns.

The United States has recorded about 2.4 million cases of coronavirus infections as of early Thursday, with 121,979 deaths, according to Johns Hopkins University.

Hawaii has had over 830 cases of infection and 17 deaths from the outbreak. The state's average of one death per 100,000 people is among the lowest in the United States.