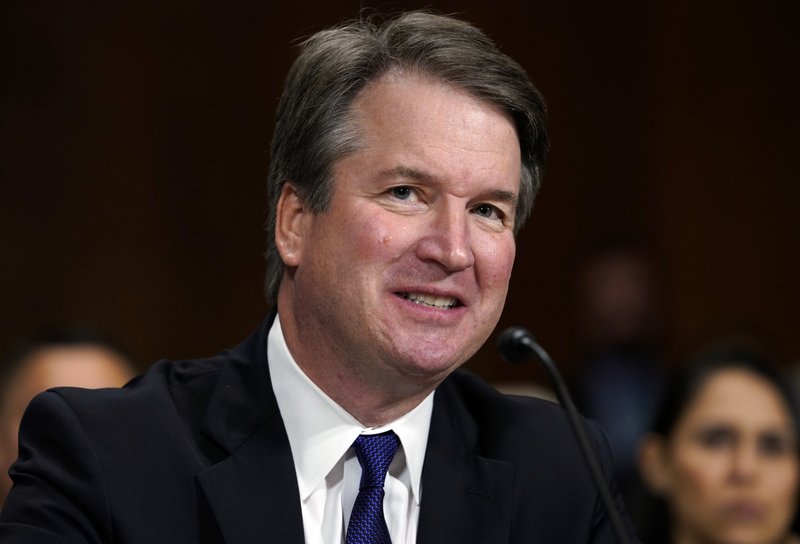 Republican Missouri Senate candidate Josh Hawley on Monday said he believes Supreme Court nominee Judge Brett Kavanaugh has been “falsely accused” of sexual assault and called for an investigation of how Democrats handled the accusations.

Hawley spoke to reporters during a conference call as the FBI is investigating the allegations, which Kavanaugh has denied. Hawley said Kavanaugh “looks like someone who’s had his life ruined” following Christine Blasey Ford’s allegations that he sexually assaulted her when they were teenagers.

“His testimony seemed to be extremely heartfelt. It was very raw obviously and emotional at times, and I understand why,” Hawley said. “This is a man who has been falsely accused.”

Hawley, who is vying for Democratic Sen. Claire McCaskill’s seat in a marquee race, also repeated that he has no reason to doubt Ford’s sincerity, but said there’s no corroborating evidence to support her claims. McCaskill said last month shortly after the allegations against Kavanaugh became public that she would vote against him because of some of his past rulings.

Hawley called for a special counsel to investigate California Democrat Sen. Dianne Feinstein, her staff and others over their handling of Ford’s claims.

Ford initially made her claims in a confidential letter to Feinstein, the Senate Judiciary Committee’s top Democrat. But the letter was leaked after Kavanaugh’s initial confirmation hearing and Ford then told her explosive story to The Washington Post. Feinstein has denied being the source of the leak.

“These were deliberate maneuvers by partisan Democrats and their staff to exploit Dr. Ford and ultimately block Judge Kavanaugh’s confirmation process,” Hawley said. “All of this for political gain and at the price of smearing Judge Kavanaugh.”

Hawley asked McCaskill to support a review, but she slammed Hawley’s efforts in a statement provided by her campaign.

“This is what a partisan does, and what causes the problem in the first place,” McCaskill said. “We need to be respecting one another, talking to one another, and calmly completing our work -- not pointing fingers.”

A statement provided by Feinstein’s office Monday said that calls for an investigation of the leak “not only ignore the fact that it’s not a crime, they’re also clearly an attempt to distract from the very serious allegations against Brett Kavanaugh.”

Hawley’s Senate bid is seen by Republicans as a prime opportunity to flip McCaskill’s seat red. President Donald Trump won Missouri by about 19 percentage points in 2016.

Hawley has focused much of his campaign on his support for Trump, and has backed Kavanaugh’s nomination from the start.