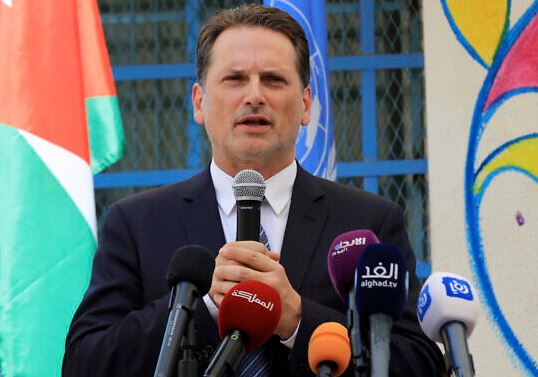 UNITED NATIONS, Nov. 6 (Xinhua) -- The head of the UN relief agency for Palestine refugees (UNRWA), Pierre Krahenbuhl, who was under investigation, has resigned, said a spokesman for UN Secretary-General Antonio Guterres on Wednesday.

"A short while ago, UNRWA's Commissioner-General Pierre Krahenbuhl informed the secretary-general that he was resigning, effective immediately," Stephane Dujarric, the spokesman, told reporters.

The United Nations announced earlier Wednesday that Guterres had put Krahenbuhl "on administrative leave" after an internal oversight report found managerial issues against him.

UNRWA, whose official name is the UN Relief and Works Agency for Palestine Refugees in the Near East, currently helps more than 5 million Palestine refugees and their descendants in Jordan, Lebanon, Syria as well as West Bank and Gaza.

The agency was confronted with its most severe funding crisis in 2018 after the United States, traditionally the largest donor, suddenly cut its funding before it completely stopped its support.