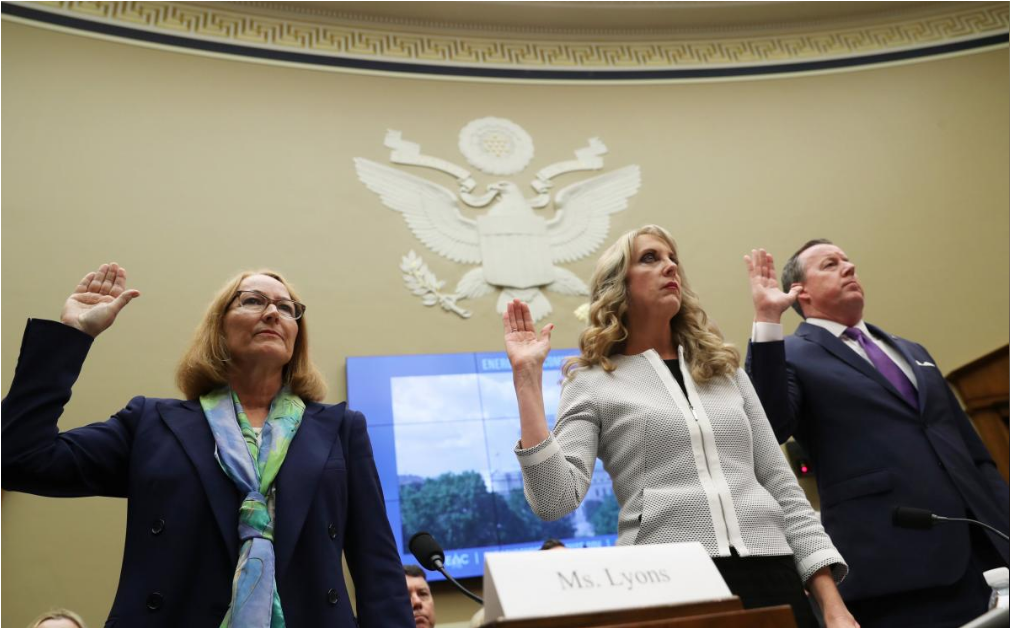 The top executive of USA Gymnastics apologized during a congressional hearing on Wednesday to hundreds of female athletes who were sexually abused by longtime team doctor Larry Nassar and declared that “those days are over.”

Kerry Perry, chief executive of USA Gymnastics since December, said she was “appalled and sickened” by Nassar’s sexual abuse of athletes while he was a USA Gymnastics volunteer.

“First, I want to apologize to all who were harmed by the horrific acts of Larry Nassar,” she said during the hearing of the House of Representatives Energy and Commerce subcommittee looking into whether US Olympic sports have done enough to protect athletes from sexual abuse.

“Let there be no mistake, those days are over,” said Perry. She was joined by the top executives from the US Olympic Committee and the national governing bodies of swimming, taekwondo and volleyball. Also testifying was the head of the independent Center for SafeSport, set up last year to prevent abuse.

Nassar, a doctor at Michigan State University, was sentenced this year to decades in prison after pleading guilty to criminal sexual conduct. Michigan State University last week agreed to pay $500 million to 332 women who were sexually abused by him. The scandal led to the resignation of the USA Gymnastics board as well as the head of the USOC, who said he was stepping down for medical reasons.

From January through April, USA Gymnastics had received about 275 reports of sexual abuse, and it sent about 75 of them to the Center for SafeSport for investigation, Perry said.

Poor record-keeping had slowed USA Gymnastics’ own probe into accusations against Nassar and others, she said, without further explanation.

Representative Gregg Harper, the oversight subcommittee’s chairman, said that it was unclear if the USOC had followed its own procedures in investigating allegations of sexual abuse.

“One case of sexual abuse is one case too many, and it will take a Herculean effort to regain the trust of respective athletes and their families,” said Harper, a Republican.

Acting USOC Chief Executive Susanne Lyons, who took the post in February, said the committee had rebuilt USA Gymnastics and doubled its spending on the Center for SafeSport.

The USOC is also carrying out surveys of athletes and trying to give them a bigger voice, and will publish the results of an ongoing outside investigation into Nassar’s abuse and why it continued so long, Lyons said.

Shellie Pfohl, SafeSport’s president, said the center had received about 800 reports of sexual abuse since it opened in March 2017, with an average 63 days needed to finish a case.

SafeSport has an annual budget of about $4.6 million but its roughly dozen staff or contract workers are not enough to keep up with the 20 to 30 reports it receives each week, Pfohl said.

The US Senate and Department of Education are also conducting probes into sex abuse in sports.