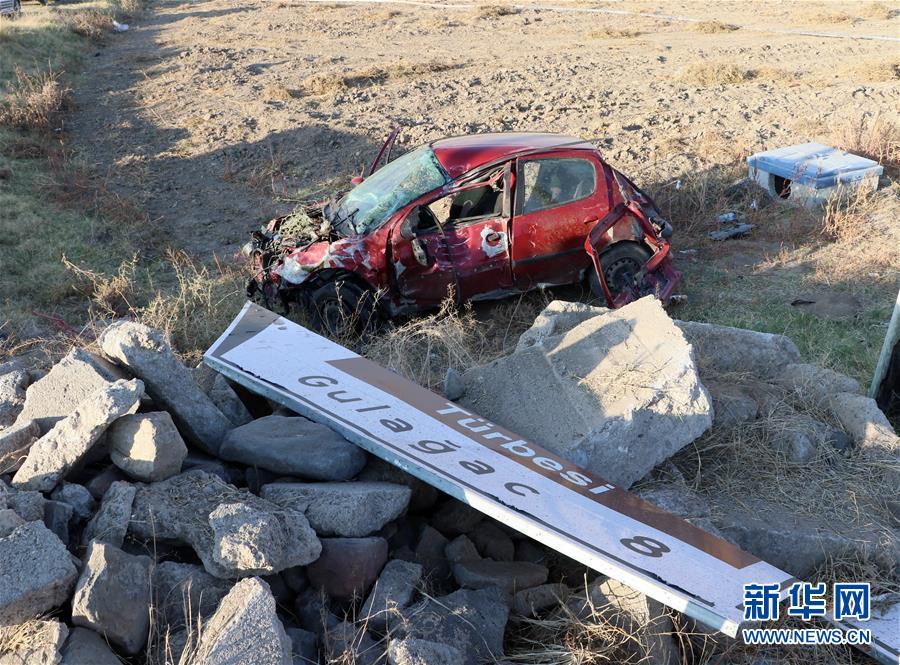 Photo taken on Oct. 4, 2018, shows a damaged car in Turkey's central province of Aksaray. At least one Chinese tourist was killed and three others injured in this car accident. (Photo: Xinhua)

ANKARA, Oct. 5 (Xinhua) -- At least one Chinese tourist was killed and three others injured in a car accident in Turkey's central province of Aksaray on Thursday, the Chinese Embassy in Ankara said Friday.

The car carrying four Chinese visitors and one Turkish driver crashed head-on into another car on the way to Cappadocia in the central province of Nevsehir, a main resort for hot air balloon flights, an embassy official told Xinhua.

The wounded in the head-on collision were taken to Aksaray Provincial hospital immediately.

An investigation is underway to find the cause of the accident.

The Cappadocia region, known for balloon flights over its stunning historical landscape, is visited by about 2.5 million tourists every year.