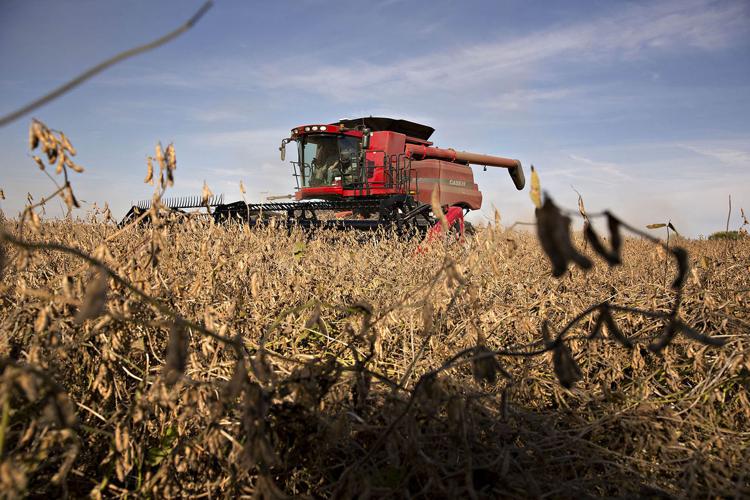 A recent OpEd in the Los Angeles Times pointed out that US farmers have been "hit hard: by the trade war tariffs. (Photo: AP)

Los Angeles, (Xinhua) -- Leaders of five pro-trade organizations published on Friday a joint op-ed on The Hill, a popular US political newspaper and website, questioning the U.S. government's moves to escalate trade tensions with its leading trade partners.

The op-ed cited four local manufactures' struggling situation as examples, showing that even before the announcement of new tariffs on 200 billion U.S. dollars worth of imports from China, trade barriers already had dire consequences for American businesses, workers and consumers.

Due to the tariffs on steel and aluminum imposed earlier this year, Philadelphia-based Howard-McCray, which manufactures commercial refrigeration and display units, not only lost profit by 8 percent, but also will have to consider cost-cutting measures, such as workforce reduction, decreased benefits, deferred salary increases and reduced spending on research and development.

Meanwhile, the op-ed indicated that farmers have been hit hard by retaliatory tariffs from China, the European Union, Mexico and Canada. "Soybean prices have plummeted while dairy, beef and poultry inventories are piling up in warehouses across the country. The administration's farm assistance has done nothing to offset the potentially permanent damage to trade markets."

"Soon, Americans will be paying more to furnish a new home or nursery, repair a car, own a pet, buy groceries or even purchase necessities like toilet paper. Shopping bills will be higher, and those costs will start to add up, erasing savings provided by tax reform," it warned.

Even though the US economy is roaring, these trade organizations leaders doubted the administration's purpose to continue the trade war.

"In the face of these positive indicators, the administration seems determined to snatch failure from the jaws of success by escalating its trade war with our top trading partners," they said, predicting this policy will not fulfil the wishes of its proponents to deal with unfair trade practices claimed by them but do more damage to US. businesses, workers and consumers.

"We should be resolving these disputes through existing international trade agreements and organizations instead of inflicting harm on our own people," the op-ed concluded, adding: "We ought to be eliminating all trade barriers and doing everything we can to keep the good times rolling for all Americans."