Health care workers and residents of long-term care facilities should be prioritized in the first phase of Covid-19 vaccinations, an advisory committee of the US Centers for Disease Control and Prevention said Tuesday. 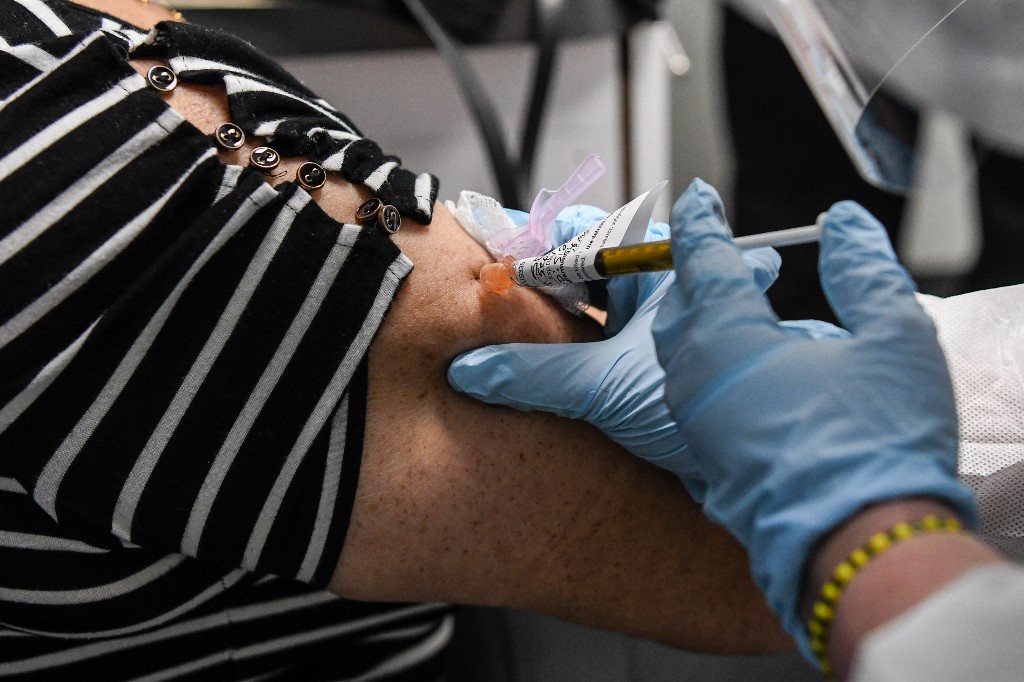 In this file photo a woman receives a Covid-19 vaccination from Yaquelin De La Cruz at the Research Centers of America (RCA) in Hollywood, Florida, on August 13, 2020. (Photo: AFP)

The panel voted overwhelmingly in favor of the non-binding recommendations for "Phase 1a" of distribution to states and other local jurisdictions if the Food and Drug Administration grants emergency approval to frontrunner vaccines.

"I believe that my vote reflects maximum benefits, minimum harm, promoting justice and mitigating the health inequalities that exist, with regard to distribution of this vaccine," said Jose Romero, chair of the Advisory Committee on Immunization Practices.

The two priority groups account for around 24 million people, which is the approximate number of people who can be immunized in December if vaccines made by Pfizer and Moderna are approved and the companies deliver the 40 million doses they have promised.

Each requires two doses -- the second dose of the Pfizer vaccine after three weeks, and Moderna's after four weeks.

The CDC's Sara Oliver explained during the meeting that after December, authorities expect to receive between five and 10 million doses per week.

Most states think they will be able to vaccinate all of their health professionals "within three weeks," said senior CDC scientist Nancy Messonnier.

Long-term care facilities have accounted for about 40 percent of US deaths during the pandemic, or about 100,000 people. There are some three million people living in these facilities.

For professionals in the health sector, the population is estimated at 21 million people, including workers in hospitals, outpatient clinics, home health care, pharmacies, emergency medical services and so on.

The committee did not vote for what would happen after the initial phase, but experts have proposed to then give priority to essential workers in phase "1b," followed by adults with multiple risk factors and adults over 65 in phase "1c."