Heat index in US Northeast tops 100

Millions of people in the northeastern United States sweated in dangerously high heat Wednesday. The National Weather Service says temperatures in the 90s combined with high humidity are pushing the heat index past 100. 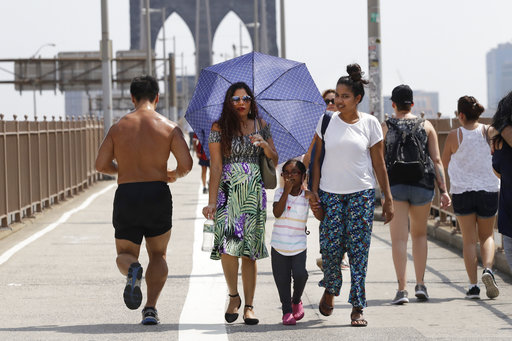 A woman carries an umbrella to shade herself from the heat as a jogger passes by on the Brooklyn Bridge, Wednesday, Aug. 29, 2018, in New York. The National Weather Service says temperatures in the 90s combined with high humidity are pushing the heat index past 100. (Photo: AP/Mark Lennihan)

Tourists in New York's Times Square took refuge in the shade of Manhattan skyscrapers. "It's very warm out here. No question it's one of the hottest days of the year," said Mark Cook from Long Island. 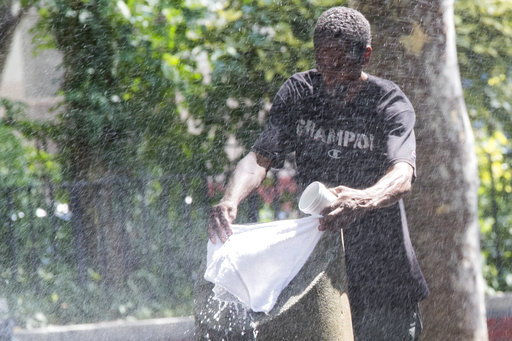 A man uses a park sprinkler to cool off, Wednesday, Aug. 29, 2018, in New York. Dangerously high heat in the Northeastern United States has prompted emergency measures including extra breaks for players wilting at the US Open tennis tournament. (Photo: AP/Mary Altaffer) 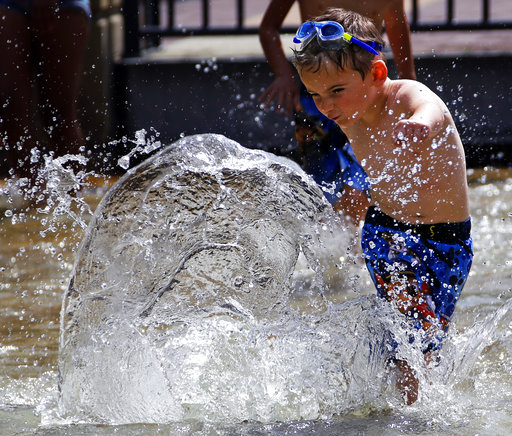 After a morning in kindergarten, Luke Miedel, 5, spends the afternoon in 90 degree heat playing in a fountain on the Northside of Pittsburgh Wednesday, Aug. 29, 2018. (Photo: AP/Gene J. Puskar)

In several states, children are being released from school early on Wednesday, and the elderly without air conditioning are urged to go to cooling centers.