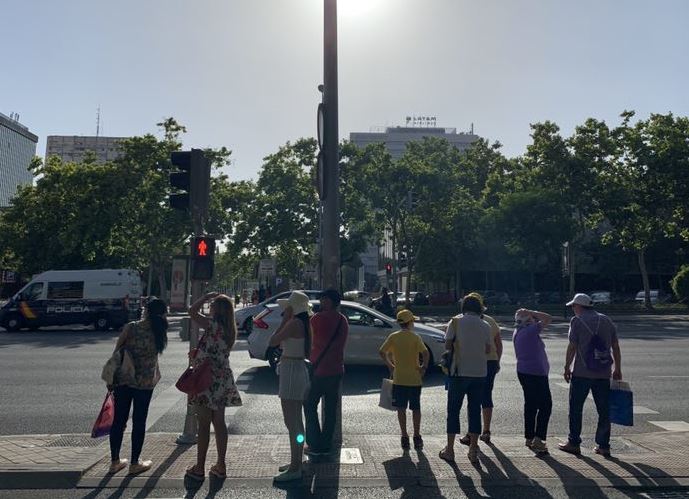 People feel the effects of the extreme heat in Spain. (Photo: Jiang Bo)

Madrid (People's Daily) -- Two people have lost their lives to heatstroke in Spain and two more have been hospitalized as the country grapples with a record-breaking heatwave.

A 17-year-old worker died early Friday morning in hospital in Córdoba, in southern Spain, after being admitted for heatstroke. He was working in a field when he began to feel dizzy. He jumped into a pool on the rural property to cool down but when he got out, he began to suffer convulsions.

Meantime, an 80-year-old man died from a possible case of heatstroke in Valladolid, in the northeastern Castilla y León region. 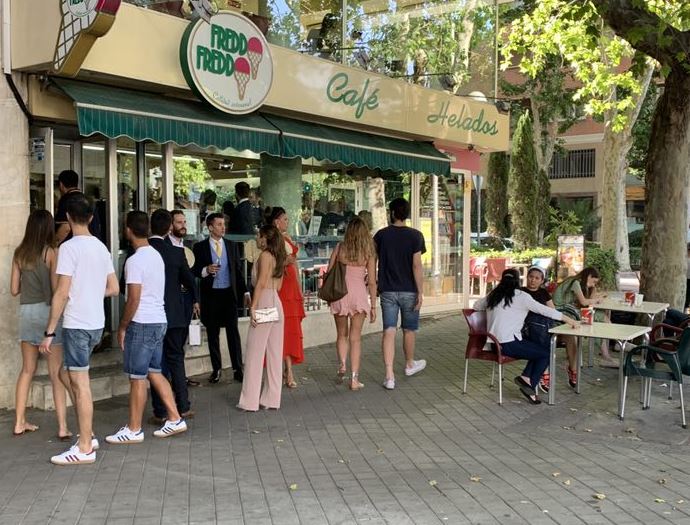 A cafe where people try to escape the heat. (Photo: Jiang Bo)

Elsewhere, a 45-year-old farmer has been admitted to hospital in a serious condition with heatstroke symptoms in southeastern Spain, and a firefighter from the Catalan Fire Department has also been taken to hospital after suffering from heatstroke while fighting a wildfire in Tarragona. 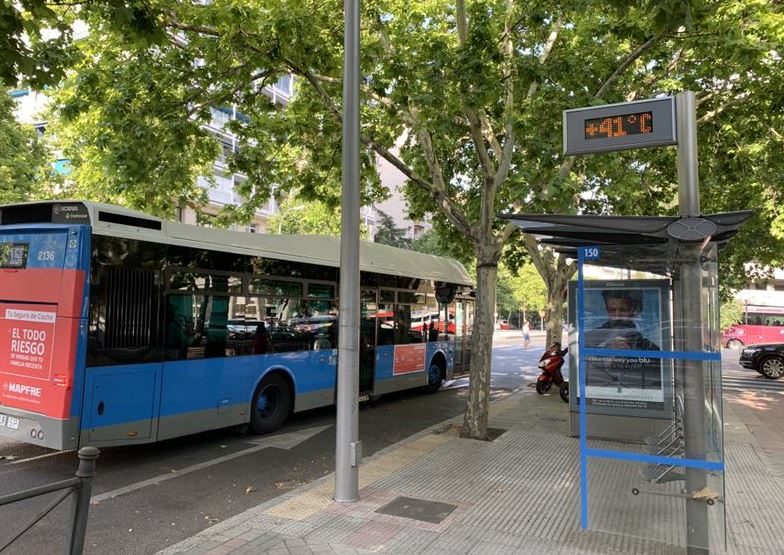 The first heatwave of this summer hit Spain last Wednesday and is affecting most of the country. The peak was on Friday, with high temperatures forecast to continue until Monday. According to the Spanish meteorological office, the maximum temperatures rose by up to 3ºC on Friday in the southeast of the peninsula and in the Mediterranean region.

Seven Spanish provinces have been put on red alert, which denotes extreme risk with conditions that pose a very high risk for people in general. People living in these areas are advised to avoid leaving the house when the sun is at its hottest. Another 19 provinces are on orange alert. 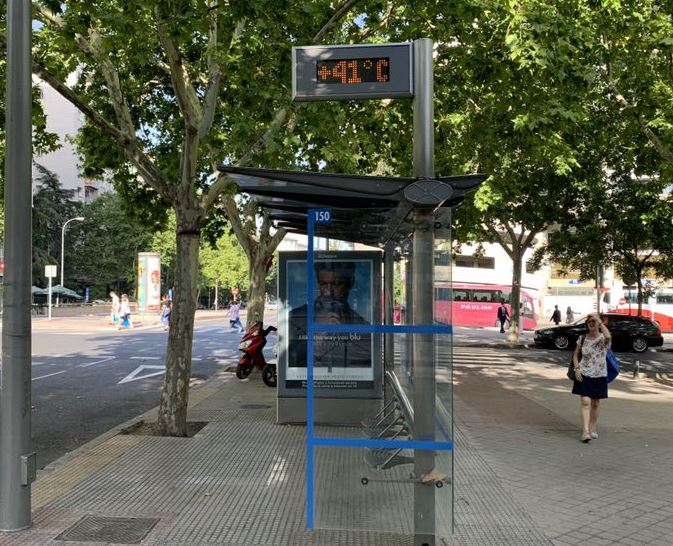 Spanish meteorologists describe the current heatwave as extremely unusual for the month of June. Since the weather event began on Wednesday, many areas have seen the hottest temperatures ever recorded for this month.

Nighttime brings little relief from the heat when the temperature is over 20ºC. Many monitoring stations in the country have recorded their highest minimum temperatures for the month. 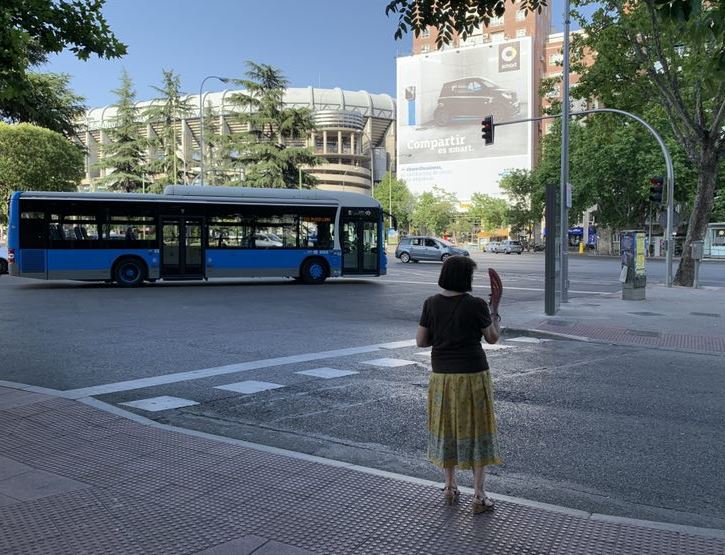 A woman stands in the shade in heatwave conditions. (Photo: Jiang Bo)

What‘s more, a wildfire that broke out on Wednesday in the northeastern Spanish region of Catalonia is still out of control after ravaging 6,500 hectares of land.

The fire began at a farm in Tarragona province, where it is believed to have originated in the spontaneous combustion of a manure pile.

The flames quickly spread through the municipality and surrounding areas and are currently heading in the direction of Lleida. It’s believed to be Catalonia's worst wildfire in 20 years. Authorities have warned that the blaze has the potential to consume 20,000 hectares of land because of the harsh weather conditions.

Over 400 firefighters and military personnel are working to put out the flames, five roads have been cut off to traffic, while 53 people have been evacuated from the area.