Heavy rain atop frozen ground causes flooding in US Midwest 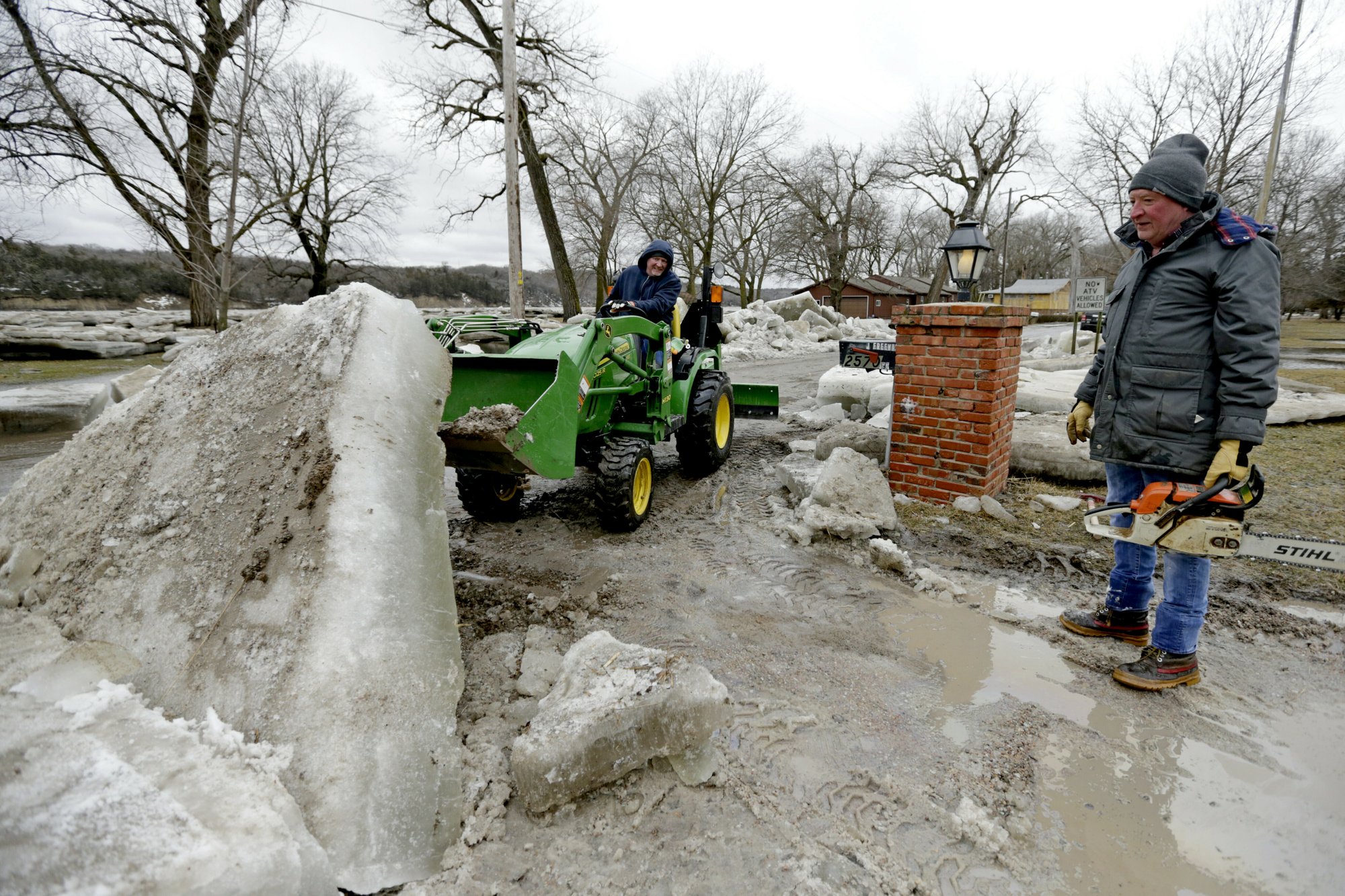 Rain and snowmelt from a massive late-winter storm pushed streams and rivers out of their banks, saturated rural fields and swelled on city streets from Nebraska to Wisconsin, even threatening a nuclear power plant Friday, with the flooding expected to last into the weekend.

The high water pushed some waterways to record levels in Nebraska, South Dakota, Iowa and Minnesota, though a cooler and drier forecast for the next two weeks suggested some possibility of relief.

“The worst is past us now. Things are going to be improving quickly over the next couple of days,” said Mike Gillispie, National Weather Service hydrologist in Sioux Falls. “River levels should start dropping off really quickly.”

Flooding remained a concern in the lower Missouri River region, with the weather service issuing warnings along the river and its tributaries from southeastern South Dakota to St. Louis in Missouri.

The swollen Missouri threatened a nuclear power plant in southeastern Nebraska. The Nebraska Public Power District said it was likely the Cooper Nuclear Station about 59 miles (95.5 kilometers) south of Omaha would be shut down early Saturday.

The midweek storm that crippled parts of Colorado and Wyoming with blizzard conditionsdropped heavy rain as it moved across the central Plains. The rain also melted the snowpack, and with the ground deeply frozen, the water had nowhere to go except onto city streets, into home basements, and into rivers and streams.

The flooding prompted evacuations in Wisconsin, Nebraska, South Dakota and Minnesota, washed out roads and left farmers concerned for their livestock, while powerful wind and snow closed hundreds of miles of interstates in the Dakotas.

The highways were slowly being reopened Friday, but the flooding situation wasn’t improving as rapidly as the travel conditions.

“It was ugly. It still is,” Jim Freeman said after using a chain saw to cut up a chunk of ice that floodwaters left in his driveway in Fremont, Nebraska. “There’s a lot of damage.”

A tornado that swept through mid-Michigan late Thursday damaged at least 21 homes and knocked out power to thousands of people, according to state police and first-responders. No injuries were immediately reported.