Heavy rain fell on parts of Japan and airlines canceled flights Saturday as an approaching typhoon threatened to dump more rain on a region devastated by floods and landslides earlier this month. 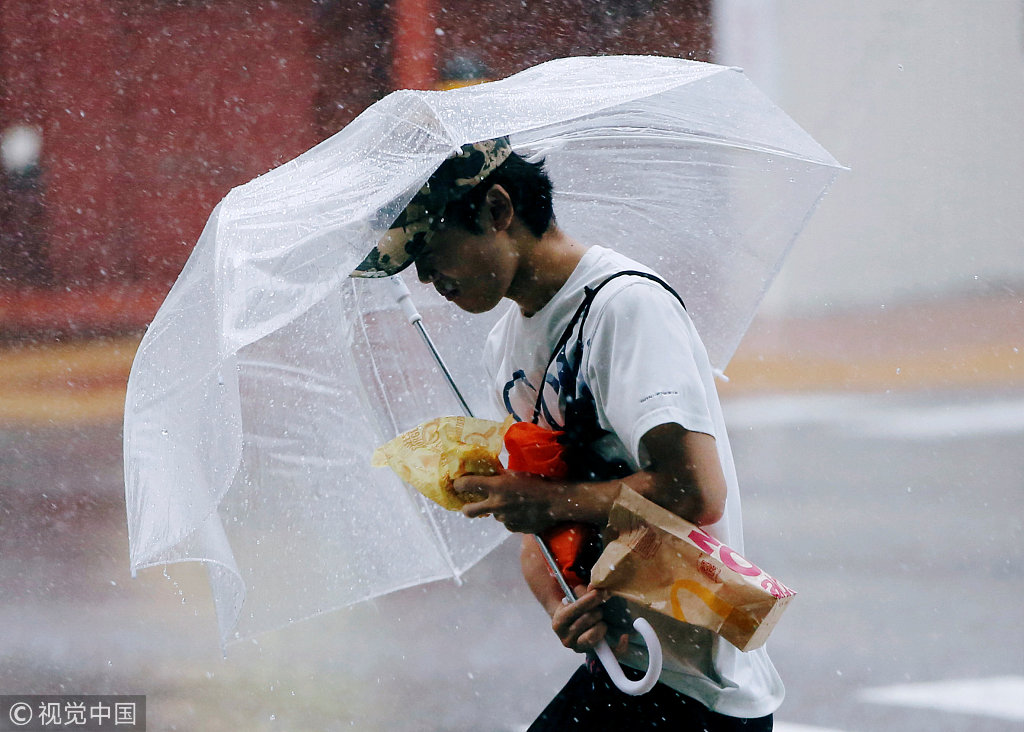 Typhoon Jongdari was heading west along Japan’s Pacific coast and was expected to make landfall in central Japan overnight. It had maximum sustained winds of 126 kilometers per hour with gusts up to 180 kph.

Many flights were delayed or canceled at Narita and Haneda, the two main airports serving Tokyo. Most of the cancellations were domestic, though some international travelers were stranded.

The storm brought intermittent heavy rain and windy conditions to Tokyo and a wide swath of the surrounding area.

After making landfall, it is forecast to continue west, where residents were bracing for more rain in an area still recovering from unusually heavy rains that killed more than 200 people in early July. Authorities issued evacuation advisories ahead of the storm, warning of possible landslides and river flooding.